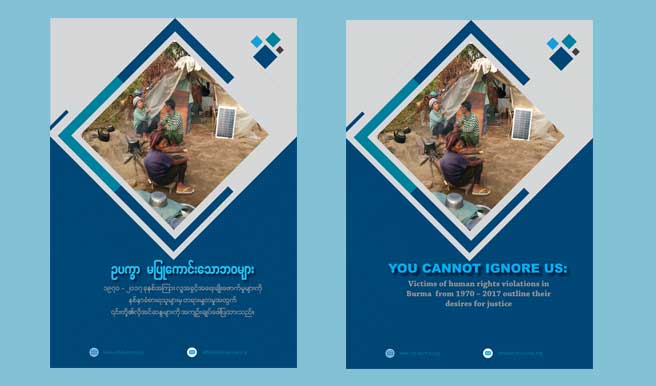 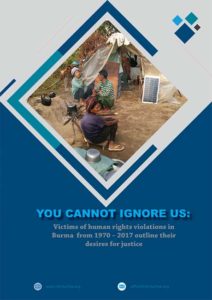 This report has been prepared by the Reparations Working Group, initiated by the Network for Human Rights Documentation – Burma (ND-Burma). The Working Group currently has 19 members and is campaigning for a government reparations programme.

The findings of this report are based on interviews conducted with victims of human rights violations between 2017 – 2018. The majority of interviewees had experienced either the repression of the 8888 uprising, the military operation during the 1991 Bogalay crisis in Irrawaddy Region, or the ongoing conflict in northern Shan and Kachin states. Testimonies came from conflict survivors, former political prisoners, and land grab victims. Interviewees and their families had suffered a range of human rights violations, including arbitrary arrest, torture, killing, disappearance, rape, forced relocation, and arbitrary taxation

The report is divided into three parts. In the first part, survivor testimonies outline the impact of human rights violations and their desires for justice. The second part presents civil society action to help victims of human rights violations – a ‘blueprint’ for healing the wounds of the past. And the final section outlines our detailed recommendations to the Burmese government.

YOU CANNOT IGNORE US: Victims of human rights violations in Burma