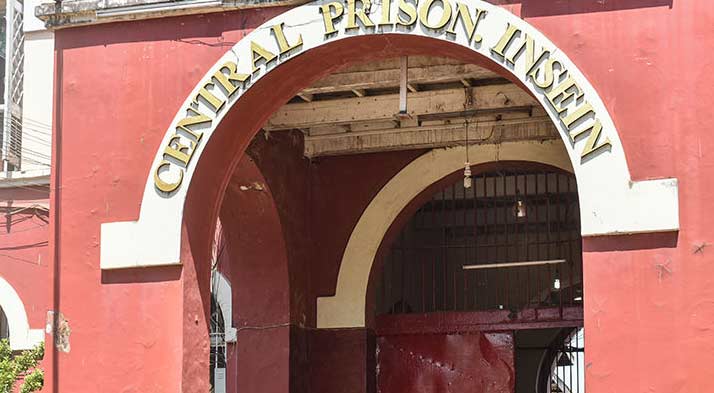 It was Jan. 4, 2018. As it was also the 70th anniversary of Myanmar’s independence, I could not help thinking about my days in prison. Independence Day is one of the special occasions each and every prisoner looks forward to with high hopes.

That is because of a custom of granting amnesty to prisoners and reducing jail sentences on every anniversary.

Everyone who has had to spend part of his or her life in prison knows how it feels. Prisoners cannot help feeling grateful to the government when they see some of their fellow inmates walk out of prison on such occasions, even if they themselves are not released. It is a fine practice among prisoners, despite being anti-government activists, to praise and thank the government for granting them amnesty.

Such days give hope to all types of prisoners. It is also a common practice among prisoners as these days approach to ask prison authorities for any unusual news from the outside.

I had not heard of anyone being released from prison under a general amnesty as I was writing this piece on Jan. 5. When I asked the Assistance Association for Political Prisoners (AAPP) about it, they said they had not heard of any releases either.

I could not help but empathize with the political prisoners in jails across Myanmar. They were surely extremely disappointed as their hopes were dashed. They have pinned all their hopes on such occasions.

When I saw that the government was organizing a grand New Year’s alms-offering ceremony and Dhamma talks attracting more than 100,000 devotees, I was confident there would be something for prisoners. I later came to learn that I had been completely wrong.

The AAPP has even gone to the trouble of tracking down the original dossiers of the accused to identify people as political prisoners before adding them to its list. It found many cases in which what happened had nothing to do with the laws under which the victims were charged. The charges were fabricated intentionally to put the dissidents in prison, making it impossible to know if they are guilty or innocent based on the charges. The AAPP has carried out a thorough investigation to come up with a detailed list.

It was also revealed that there are about 120 lawmakers in the Union Parliament who were once political prisoners. There is no doubt that former political prisoners can empathize with their peers still behind bars. However, the question is why the representatives have not been able to help them. Why have they not tried to help them?

When I attended a ceremony to mark Independence Day at the headquarters of the NLD about 10 years ago, I was offered a badge with the name of a political prisoner on the back. When I asked about this, the party said it had chosen by lot a political prisoner for me to help.

The back of my badge said “Ma Khin Htar in Dawei Prison.” I was not able to help her because I myself soon became a political prisoner.

However, about two years after I was sent to prison a lady approached my family offering to help me because I had been chosen by lot for her. After consulting with my family, she sent me books to read in prison.

Such help can be of great benefit to a person in prison. It can give an inmate hope and strength. I later learned that the lady, Daw Sabel, had taught my son and daughter-in-law, and she has felt like a member of the family ever since.

I am deeply sad that the help and assistance the NLD offered when it was an opposition party disappeared after it came to power. I am just sad because I have not been able to find out why that has been so.

What has been happening? Could you please help me find the answer?

Sai Nyunt Lwin is the secretary general of the Shan Nationalities League for Democracy.