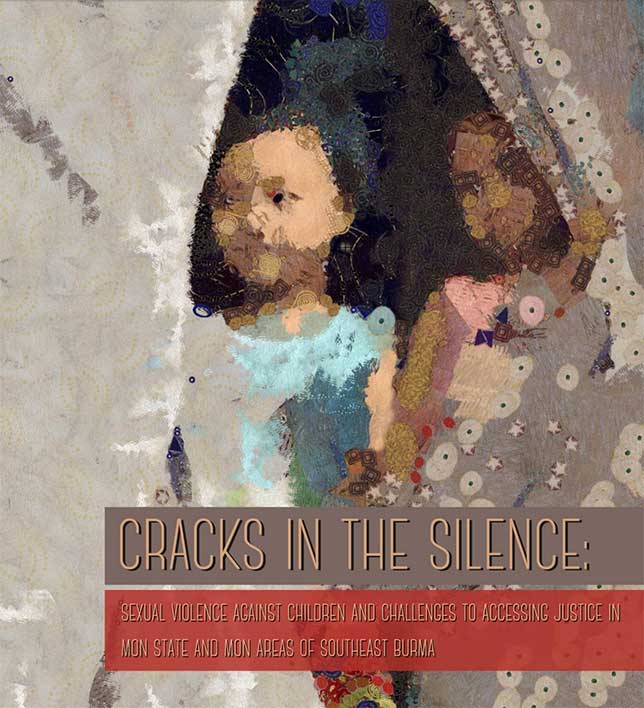 Since 2013, the number of reported cases of violence, particularly sexual violence, toward children in Burma has increased dramatically. HURFOM itself has seen a significant increase in the number of cases of violence toward children received between 2013 and 2016. However, due to the shame and stigma associated with sexual violence, as well as the challenges faced when accessing justice in Burma’s complex, pluralistic legal system, it is likely that the number is much higher than actually documented.

This report analyzes 20 cases of violence toward children received from Mon State and Mon areas of southeast Burma between December 2013 and January 2017. The types of violence ranged from rape to human trafficking; however, in the majority of cases sexual violence was identified as the primary motive. In all cases received by HURFOM, the victims were female and those experiencing violence ranged in age from as young as three to 17 years of age. While HURFOM acknowledges the small size of the dataset, this report aims to provide a platform for community perspectives on issues that they have identified as important to them, rather than to make general conclusions regarding the phenomenon.

While analyzing the cases, interesting patterns in how families navigated the pluralistic legal system in Burma emerged, as well as a number of challenges they face when accessing justice while reporting a crime involving sexual violence. Thus, this report looks not only at individual cases, but also at the challenges villagers face when pursuing justice and the forms of agency, both individual and collective, they use to overcome these obstacles.

As law makers in Burma are currently drafting a national policy on the prevention of violence against women, as well as amending the 1993 Child Law, this report’s findings and recommendations are particularly relevant and serve as a guide for law makers to promote and protect women and child rights.

ND-Burma Statement on the International Day for the Right to the Truth Concerning...
Scroll to top