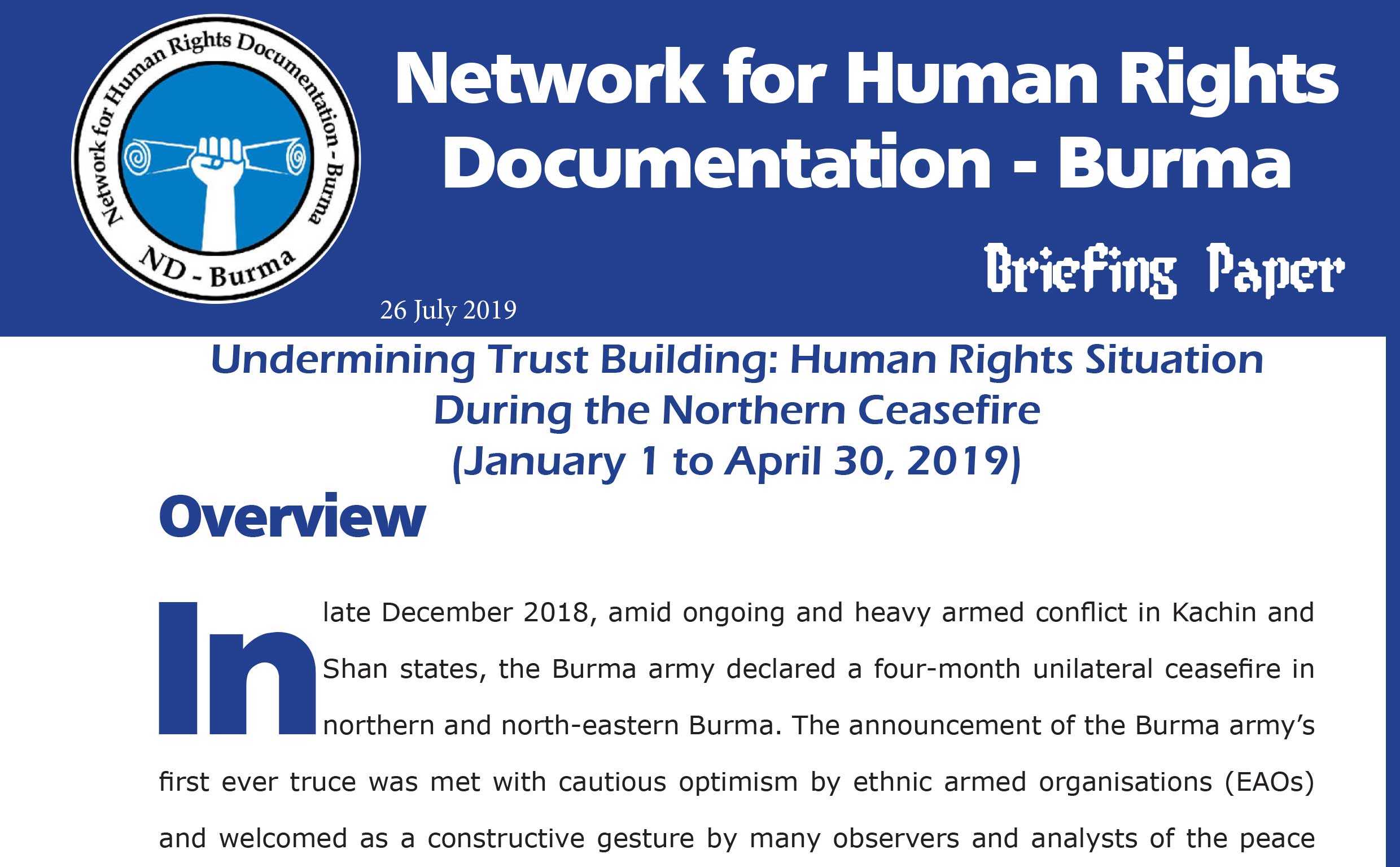 In late December 2018, amid ongoing and heavy armed conflict in Kachin and Shan states, the Burma army declared a four-month unilateral ceasefire in northern and north-eastern Burma. The announcement of the Burma army’s first ever truce was met with cautious optimism by ethnic armed organisations (EAOs) and welcomed as a constructive gesture by many observers and analysts of the peace process.

However, despite this overture, the Burma army has continued to engage in armed clashes with EAOs in Kachin and Shan states, while establishing new military camps throughout the region. Indiscriminate gunfire, artillery attacks and aerial bombardments by Burma army soldiers against EAO positions over the initial four-month ceasefire and its renewal have led to villager deaths, injuries, displacement and increasing militarisation by Burma army forces.

These ongoing offensives by the Burma army in Shan and Kachin states as well as the exclusion of the Arakan Army from the ceasefire despite heavy fighting in Rakhine and Chin states and the urging of their inclusion by its Northern Alliance allies, have marred the ceasefire’s implementation and undermined meaningful dialogue meant to reinvigorate Burma’s floundering peace process.

Without a sincere commitment to overtures of peace such as the northern ceasefire or other peace-related activities by the Burma army, there will be no genuine progress towards peace and an end to hostilities in Burma. The Burma army must keep their word for trust building to occur, and this extends to guarantees of non-recurrence of human rights violations towards conflict- affected communities. Without a sincere effort on the part of the Burma army, there will be no trust and no concrete progress in the peace process.