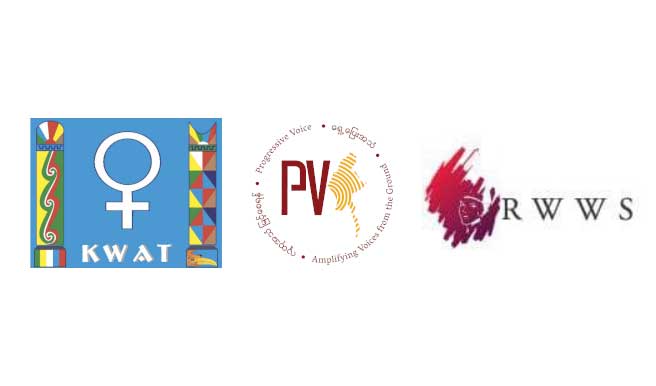 [New York, 25 October 2018] – The UN Security Council (UNSC) must exercise its authority and urgently act to refer the situation in Myanmar to the International Criminal Court (ICC) said Progressive Voice, Rohingya Women Welfare Society and Kachin Women’s Association – Thailand following the briefing by the Chairperson of the Independent International Fact-finding Mission on Myanmar (IIFFMM) to the UNSC on 24 October.

The chairperson of the IIFFMM, Marzuki Darusman, and the Special Rapporteur on the situation of human rights in Myanmar, Yanghee Lee, gave a briefing to the 73rd session of the UN General Assembly (UNGA) Third Committee deliberations on 23 October. The IIFFMM chairperson and the Special Rapporteur stressed the urgent need for accountability in Myanmar and recommended the UNSC refer the situation in Myanmar to the ICC or establish an ad-hoc international tribunal and for the Commander-in-Chief of the Myanmar military, Senior General Min Aung Hlaing, to be held to account.

“I agree with the IIFFMM chairperson’s response to the Myanmar government representative who repeatedly echoed the Secretary-General’s Special Envoy’s statement. Patience is not what we need to resolve the deplorable situation of human rights in Myanmar,” said Khin Ohmar, of Progressive Voice. “The international community must urgently send a strong message to the genocidal Myanmar military that impunity and destabilization of peace and security will not be tolerated, otherwise, more lives will continue to be lost as Myanmar military will go on to repeat the same atrocities in other ethnic areas” she continued.

During the UNGA Third Committee interactive dialogue, the permanent representative from Myanmar repeatedly echoed the most recent statement made by the Special Envoy of the Secretary-General, Christine Schraner Burgener, who stressed the need for patience after meeting with government and military leaders and visiting IDP camps in Rakhine and Kachin States.

“Shutting down the IDP camps or planning to repatriate the refugees from Bangladesh without restoring the Rohingyas’ rights to full citizenship, freedom of movement, education, health and other fundamental rights further segregates the Rohingya community in their own country into an apartheid-like condition,” said Razia Sultana of Rohingya Women Welfare Society. The policy of discrimination and segregation is being further institutionalized and legalized through the current provision of the National Verification Cards (NVCs), which strip Rohingya and Kaman Muslims of their citizenship and ethnic identity, as the NVC identifies them as Bengali who entered Myanmar from the Bangladesh border.

“Sending the Rohingya refugees back to Myanmar under these conditions is like sending them back to the killing field,” she forewarned.

The recent announcement of the repatriation of 6,000 refugees from Bangladesh to Myanmar has created fear and confusion among the Rohingya refugees as ongoing safety and security concerns remain unresolved. The Myanmar government has continued to deny access to humanitarian agencies working in Rakhine State as well as independent monitoring of the situation, including barring the Special Rapporteur on the human rights situation in Myanmar and the IIFFMM from entering Myanmar.

“The Burmese military continues to weaponize humanitarian aid in their war against ethnic nationalities throughout Burma,” said Moon Nayli of Kachin Women’s Association – Thailand (KWAT). As conflict continues to intensify in Kachin and northern Shan Sates since the resumption of war in Kachin State in 2011, tens of thousands of IDPs in Kachin Independence Army controlled areas remain without humanitarian aid as access remains restricted by the government and the military since 2016. According to KWAT, 390 villages, 274 churches, 196 schools, 230 clinics have been destroyed in the past seven years.

Progressive Voice, Kachin Women’s Association – Thailand and Rohingya Women Welfare Society call on the UNSC to refer the situation of Myanmar to the ICC for crimes that may constitute genocide, crimes against humanity and war crimes. Those responsible, including the Commander-in-Chief of the Armed Forces, Min Aung Hlaing, must be prosecuted, as well as targeted sanctions and an arms embargo enforced against the Myanmar military. The organizations further urged the Third Committee of the 73rd General Assembly to support the decision of the Human Rights Council to establish an independent mechanism to collect evidence of the most serious international crimes committed in Myanmar in its upcoming resolution on Myanmar and to provide the necessary funding and resources through the General Assembly for such mechanism to be fully operational.

In addition, the organizations urged the General Assembly to call on the Myanmar government to immediately undertake a transparent, inclusive and comprehensive review and amendment of the military drafted 2008 Constitution and the 1982 Citizenship Law with assistance from the Office of the High Commissioner for Human Rights and other relevant UN bodies, to be in compliance with international human rights law. The organizations also called for the repeal of the four race and religion protection laws and urged that such undertakings must be conducted though full and comprehensive engagement with civil society, political parties, ethnic armed organizations and other actors of ethnic and religious minorities with the aim to achieve an inclusive federal democracy that recognizes the historical belonging of ethnic and religious minority communities to Burma/Myanmar, guarantees equality for all people, combats hate speech, racism and ultra-nationalism and brings the Myanmar military under democratic civilian control.

ND-Burma and its Reparations Working Group presented their new report in a diplomatic...