The UN Secretary-General says the globe has failed the people of Myanmar, which has been engulfed by violence since the military staged a coup last year.

The UN chief’s admission came after almost two years in which the junta has brutalized the country with extrajudicial killings, arbitrary arrests and airstrikes despite pleas by its people for the world body to intervene. The junta has so far killed more than 2,400 people amid the lack of international pushback.

The UN Secretary-General said, however, that he believed the Indonesian government would make progress on Myanmar when it takes the ASEAN helm next year.

“My special envoy is ready to fully cooperate with the ASEAN envoy in order to be able to create the conditions, to establish, as I mentioned, a democratic transition to let the political prisoners go in freedom and to end the dramatic violations of human rights in Myanmar,” he said.

Like the UN, ASEAN has been accused of failing Myanmar by sticking to its five-point peace plan despite it being largely ignored by the junta.

Saturday’s summit saw the bloc announce additional measures for implementation of the plan, known as the Five-Point Consensus, after ASEAN leaders identified the military regime as responsible for blocking progress. ASEAN also called on the UN to support implementation.

The additional measures include “concrete, practical and measurable indicators with a specific timeline” and engagement with all stakeholders – which opens the way to meetings with representatives of Myanmar’s National Unity Government (NUG), a parallel government dominated by former lawmakers from Suu Kyi’s party.

“Engagement would be done in a flexible and informal manner, primarily undertaken by the Special Envoy of the ASEAN Chair on Myanmar,” ASEAN leaders said in the statement.

On Monday, former United Nations experts from the Special Advisory Council for Myanmar (SAC-M) called on the UN to answer the ASEAN call for support.

“The UN must respond to ASEAN’s calls by using enforceable mechanisms to advance accountability for Myanmar and exert all possible pressure on the junta. ASEAN cannot deal with the junta alone,” said Marzuki Darusman, former chair of the UN Independent International Fact-Finding Mission on Myanmar.

ASEAN leaders also maintained the ban on regime representatives participating in the bloc’s high-level meetings but failed to extend it throughout the ASEAN system, where Myanmar retains influence.

The junta dismissed the decisions made at Saturday’s summit, saying it would not accept ASEAN resolutions made in Myanmar’s absence.

The regime’s Ministry of Foreign Affairs warned that the implementation of the Five-Point Consensus was a process and “inserting additional pressure by setting a timeframe will create more negative implications than positive ones.” 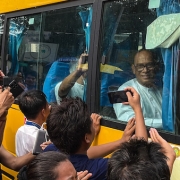 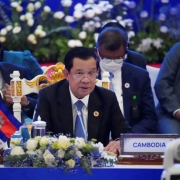 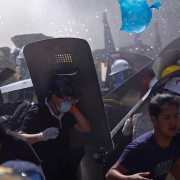 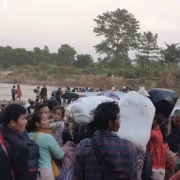