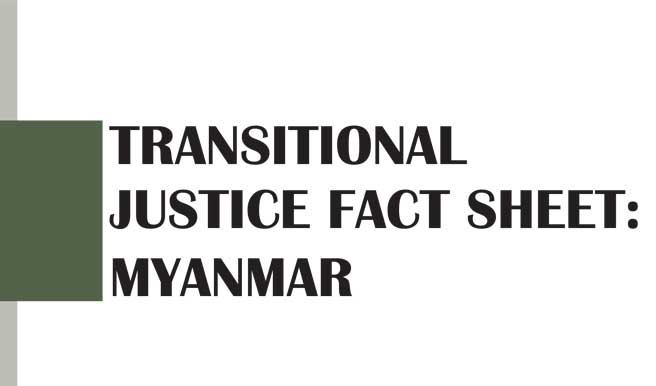 In 1948, Myanmar gained independence from Britain following the 1947 Panglong Conference. The Panglong Agreement promised ethnic equality within the Federal Union of Burma with Kachin, Shan, and Chin leaders. Despite the agreement, demands for ethnic self-determination and equality soon sparked armed conflict between ethnic armed groups and government forces. A military coup in 1962 escalated into a civil war that brought acute repression with widespread detention and torture of political dissidents, journalists, human rights activists, and anyone suspected of criticising the state. A series of authoritarian military governments ruled, suppressing opposition and movements for democracy. When a semi civil government was elected in 2011, peace talks were resumed with dozens of ethnic armed groups. Eight ethnic armed groups signed a Nationwide Ceasefire Agreement (NCA) under government stewardship.

UN SECURITY COUNCIL MUST ACT NOW AND REFER THE SITUATION IN MYANMAR TO THE INTERNATIONAL...

What Is Transitional Justice Fact Sheet
Scroll to top