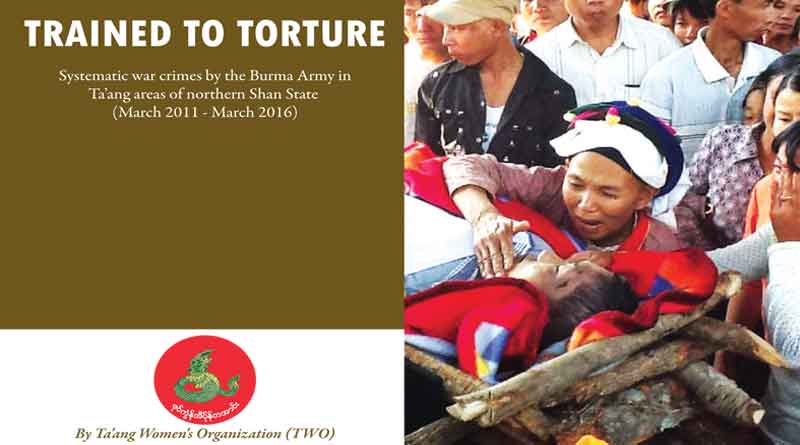 TWO documentation of human rights violations in Ta’ang areas of northern Shan State from March 2011 to March 2016 provides evidence that the Burma Army is committing war crimes, on a widespread, systematic basis – in particular torture, shelling of civilian targets, and forcing civilians to be porters and human shields.

Since 2011, despite the ongoing peace process, the Burma Army has been expanding its forces and launching large-scale offensives against ethnic resistance forces in northern Shan State, including the Ta’ang National Liberation Army (TNLA). The number of Burma Army troops in Ta’ang areas has increased fourfold from over 3,000 in 2011 to over 12,000 in 2016, with at least 7 combat divisions deployed from central Burma. Fierce attacks, including aerial bombing, have caused displacement of over 14,000 Ta’ang villagers, most of whom remain unable to return home.

Acknowledgment and Rehabilitation of Torture Survivors is Key to Building Peace...

International Day in Support of Victims of Torture, 26 June 2016 (Burmese)
Scroll to top