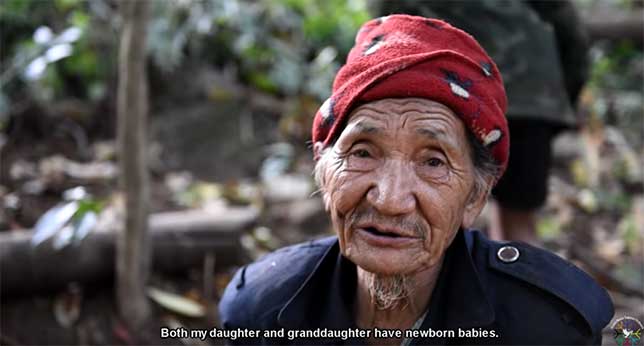 On March 4th, the Burma Army began the largest and most coordinated deployment of troops into Karen State’s Mutraw (Hpapun) district since 2008. More than 1,500 Burma Army troops have now crossed into Karen National Union (KNU) controlled areas of Mutraw’s Luthaw township, breaching the terms of the Nationwide Ceasefire Agreement (NCA) and provoking multiple clashes with the Karen National Liberation Army’s (KNLA) 5th Brigade. Troops serving under the Burma Army’s Southern Command have indiscriminately targeted civilians while more than 2,400 villagers have been forced to flee their land and homes. The majority of those displaced by the Burma Army’s current operations had only recently returned to rebuild their villages, farms, and livelihoods following decades of widespread armed conflict.

The KNU and Burma Army are both signatories to the 2015 NCA, which prohibits the expansion of military infrastructure and troop reinforcements in ceasefire areas. However, since March 4, at least eight Burma Army battalions have entered Luthaw, without prior agreement3 from the KNLA, and begun constructing a military operations road to connect their military bases at Ler Mu Plaw and Kay Pu. If the road is built, Indigenous Karen villagers may be permanently displaced from their homes and ancestral village territories.

The 2012 bilateral ceasefire and 2015 NCA gave people a sense of hope that, perhaps, peace was at hand. The Burma Army’s renewed attacks and road construction activities have shattered this hope by once again forcing people from their land and into hiding in the forests. On April 5th, Burma Army troops shot and killed 42-yr-old Saw O Moo in the Ler Mu Plaw area of northwestern Luthaw. Saw O Moo was a local villager and Indigenous Karen leader. At the time of his death he was travelling home from a community meeting to coordinate humanitarian assistance for villagers displaced by the Burma Army’s military operations.

KPSN’s findings show that the Burma Army has repeatedly breached the terms of the 2012 and 2015 ceasefire agreements in Mutraw District. The Burma Army is again taking advantage of the ceasefire to accomplish what it was unable to do during earlier periods of widespread armed conflict: expand and upgrade its military infrastructure and capability to seize and control Indigenous Karen people’s lands. The Burma Army’s actions undermine local people’s efforts to build genuine lasting peace, protect their natural and cultural heritage, and facilitate the return of refugees and IDPs to their ancestral lands.