Burma is a country that is vast in natural resources, diversity and culture. Its greatest strengths have always been the innovativeness of its people, their resilience and their courage. It is also a place that has been embroiled in decades of civil war in which there remains one sole entity who is responsible for the majority of lives lost and changed forever by their brutality. The Burma Army has committed grave crimes against civilians with long-held impunity for generations.

At pivotal moments in history, the military has had opportunities to reverse course and work with civilians, rights defenders and the international community to bring peace to the nation. However, in pursuit of power and profits, the Burma Army has consistently taken paths that solely advance themselves and their interests, rather than those which would bring prosperity and stability to people.

On 1 February 2021, the Burmese military once again proved that they are not capable of meaningful dialogue, peace or adhering to the terms of a free and fair election. The reasons for the attempted coup are nothing but excuses by the junta who have failed to provide any substantive evidence of their allegations. Their decision to rob the people of a free and fair election was planned without consideration for the electoral system and democratic principles. Denying the landslide victory and subsequent governance of the National League for Democracy (NLD) has brought nothing but instability and chaos. 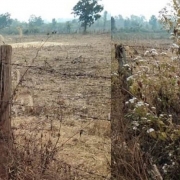 The Human Rights Foundation of Monland Releases a New Report: “The junta wiped...