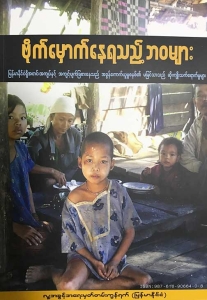 “The combination of land confiscation, forced labour and tax extortion makes life difficult for the villagers of Wae Won and Wae Taw. They face a scarcity of land, and are unable to tend to their $elds because they must work for the battalions. They cannot afford to pay taxes or fees to the authorities or army. When these problems became severe, many villagers abandon their native villages and &ee to other areas.”

The Network for Human Rights Documentation – Burma (ND-Burma) a multi ethnic network, was formed in 2003 to provide a way for Burma human rights organizations to collaborate on the human rights documentation process. The 13 ND-Burma member organizations, from different areas across Burma, seek to collectively use the truth of what communities in Burma have endured to challenge the regime’s power through present-day advocacy as well as prepare for justice and accountability measures in a potential transition.

ND-Burma collectively has over 2,000 entries in its database and has developed a strong track record on training human rights data collectors. The network has chosen arbitrary taxation for the subject of our first report. !is may seem an unusual choice, given the dramatic and severe civil and political human rights violations that also deserve attention. Indeed, ND-Burma’s database contains stories of arbitrary arrest and detention, killings, recruitment and use of child soldiers, and many other categories of human rights violations. So, why taxation?

In early 2007, we asked ourselves what issue was affecting people in all of our communities – rural and urban, majority and minority ethnic communities, male and female. We also asked ourselves what issue was having a large impact on our communities but was not well represented in the record of human rights violations that we and others were developing. None of us expected at the beginning of the exercise that we would end up focusing on taxation and its corruption.

Around the same time, the ’88 Generation Students conducted its “Open Hearts Letter Campaign,” encouraging people to write letters expressing their daily sufferings in relation to political, economic, and social affairs. !e group receivedover 2,500 letters, and over 50% of them identified “sufferings relating to costs of living, business, education and health.”ND-Burma’s research came to a similar conclusion. People in Burma are forced to hand over large proportions of their income and property in official and unoffcial taxes and this happens so ofen for each family, that it makes basic survival extremely hard. We wanted to highlight how the arbitrary and repressive nature of these taxes has an imense impact on every aspect of people’s lives. Taxation in Burma affects people’s livelihood and quality of life but also becomes all-consuming as families desperately try to and the money and other resources to pay these taxes and $nd ways to cope with the devastating efect it has on their already dismal income. People consequently have little time to be concerned with their rights, as day to day survival under this taxation system has become a priority.

The 88 Generation Students findings, and ND-Burma’s recognition in 2007 that economic pressure was a major source of suffering, were prescient. Later that year, a fuel-price hike sent a ripple effect through the economy, suddenly making it impossible for day labourers to afford the transportation to take them to their jobs. When the 88 Generation Students leaders were jailed for organizing demonstrations, Buddhist monks dramatically took on the leadership role, calling for economic reform and tying the dismal state of the economy to the need for political reconciliation.

We do not expect that people’s lives will improve after the elections planned for 2010. The military is poised to maintain control over the political life of the country. Its plan to transform the armed opposition groups into a Border Guard Force and various militias will maintain the militarization of Burmese society – a system largely paid for through arbitrary taxation, as this report demonstrates. People’s livelihoods will improve only when genuine political reform takes place and democratic systems are developed that give people recourse when their property is taken from them unfairly, when extortion is brought under control, and people’s representatives are chosen freely and fairly and then are answerable to their communities.

The system of taxation and extortion impacts on the people of Burma’s basic human rights by violating their right to an adequate standard of living, right to development, property rights, right to education and in the forced labour they are subjected to. The report aims to inform the international community about these practices committed by the regime and the immense negative impact it creates on the people of Burma. It also urges accountability and change. 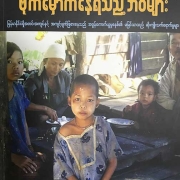 “We have to give them so much that our stomachs are empty of food” The hidden...