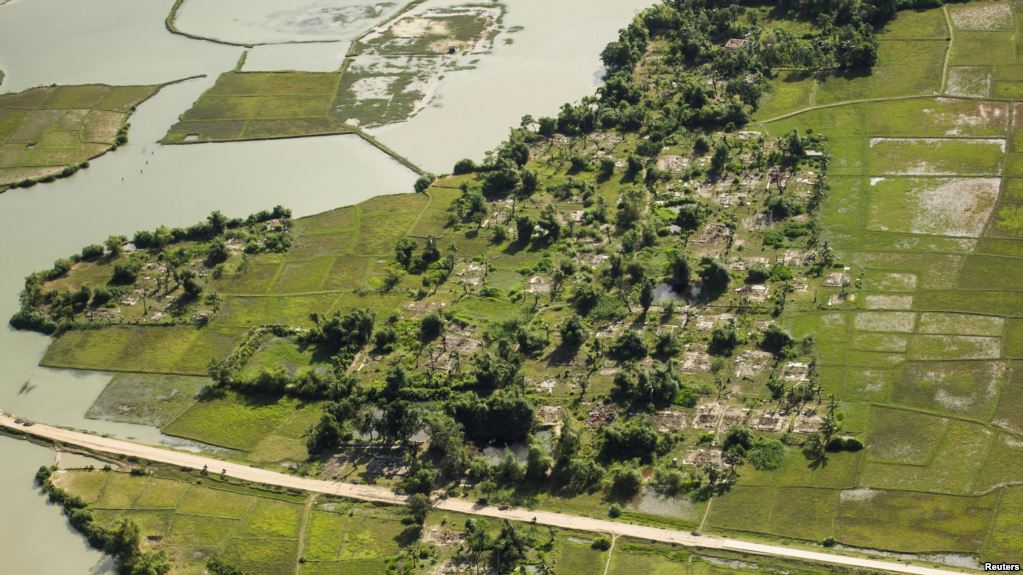 Hunt arrived in Myanmar on Thursday for a two-day official visit, during which he met with State Counsellor Daw Aung San Suu Kyi and visited northern Rakhine.

‘’The latter would need the support of the (UN) Security Council, which it may not get, so we need to look at other options too,” Hunt said.

He confirmed that he will discuss what the international community should do with the Rakhine issue at the UN general assembly.

‘’Britain can’t act alone. We need to act in concert with other countries – we are a believer in the international rules-based order. It’s incredibly important for all of us that the perpetrators face justice,’’ Hunt said.

On Monday, the UN general assembly’s high-level meeting and general debate begins, and the Rakhine issue is likely to be among the top agenda items.

Earlier this month, a UN fact-finding mission on Myanmar released a report that called for Myanmar military leaders to be investigated for crimes against humanity. Most of UN’s member countries have backed its proposals, and Hunt has said Britain will use all the tools at its disposal to try to make sure there is accountability.

‘’What is essential now is that the perpetrators of any atrocities are brought to justice, because without that, there can be no solution to the huge refugee problem,’’ Hunt said.

U Aung Myo Min, executive director of social advocacy group Equality Myanmar, said Myanmar can have wider access to the international community through the ICC.

“The government should consider whether to continue placing itself into a tighter situation,” he said.

He added that the government should start cooperating with the international missions in dealing with the Rakhine crisis.

U Thein Than Oo, a lawyer, said the government took the wrong approach of making blanket denials when faced with the possibility of an ICC referral by the international community.

“Under the procedures of the UN, it’s not easy for the case to reach the ICC. However, the situation is in flux, so the government needs to be careful,” he said.

However, U Nandar Hla Myint, spokesperson of the military-backed Union Solidarity and Development Party, described Hunt’s actions as interference in the country’s internal affairs. ‘’We reject what [Hunt] said when he met with the State Counsellor. This is interference,” he said.

He added that the Rakhine crisis is an internal matter that must be solved through cooperation between the government, military and political parties under the country’s laws.

At a press conference on Friday, President Office’s spokesperson U Zaw Htay said the fact-finding mission’s report on northern Rakhine was issued unilaterally, was aimed at the dissolution of Myanmar, and did not follow accepted international procedures.

“Tremendous pressure is being put on the government, which might hinder our democratic transition,” said U Zaw Htay.

On August 25 last year, the Arakan Rohingya Salvation Army launched deadly attacks on government security outposts in northern Rakhine, prompting a brutal military crackdown that was considered by the international community as “overkill.” It accused government forces of perpetrating massive human rights abuses against the Muslim minority in the state.

The United Nations and other international humanitarian agencies estimated that the crackdown forced over 700,000 Muslims from northern Rakhine to flee to neighbouring Bangladesh.

AAPP’s statement on the arrest of Nang Mo Hom by Ta’ang National Liberation...
Scroll to top