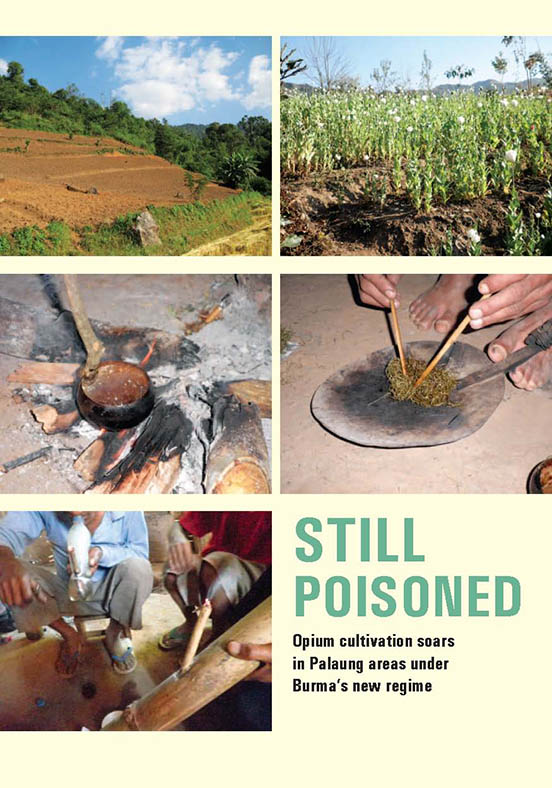 Almost one year after Burma’s long-awaited elections were held in November 2010, Palaung communities in northern Shan State are suffering from the effects of an even greater upsurge in opium cultivation than in previous years. Local paramilitary leaders, some now elected into Burma’s new parliament, are being allowed to cultivate and profi t from drugs in return for helping the regime suppress ethnic resistance forces in Burma’s escalating civil war. As a result, drug addiction has escalated in the Palaung area, tearing apart families and communities. Burma’s drug problems are set to worsen unless there is genuine political reform that addresses the political aspirations of Burma’s ethnic minority groups.

Report on the Human Rights Situation in Burma (January – September, 2...
Scroll to top