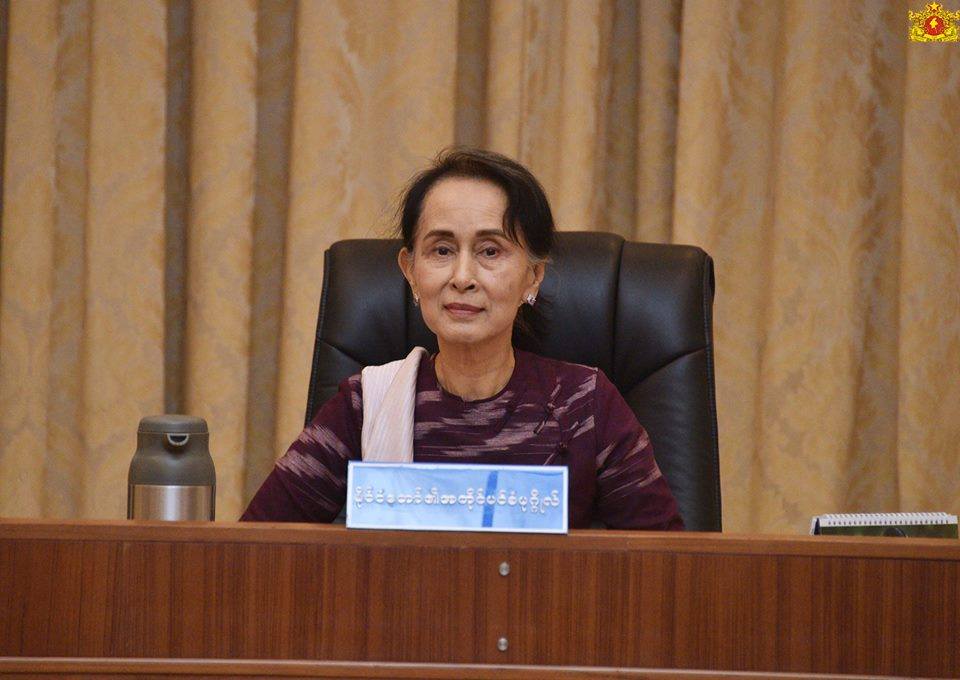 State Counsellor Daw Aung San Suu Kyi expressed condolences yesterday to the victims of the riot that occurred in Mrauk-U, Rakhine State on Tuesday, and pledged to probe the incident, take action against those who violated the law, and restore community peace and the rule of law.
She made the remark in her opening address during a meeting on Rakhine State yesterday at the Presidential Palace in Nay Pyi Taw.

The State Counsellor expressed her condolences to the Rakhine ethnic people who were killed or injured, as well as the police who were injured in the incident that occurred on Tuesday night, officials said.

Following her address, Chief Minister of Rakhine State U Nyi Pu and Chief of Myanmar Police Force Police Maj-Gen Aung Win Oo gave a briefing on the outbreak of the riot.

Regarding the talk given by author Wai Hin Aung and Dr. Aye Maung in Yathedaung about Rakhine sovereignty, action would be taken against the pair in accordance with the law, according to the police force.