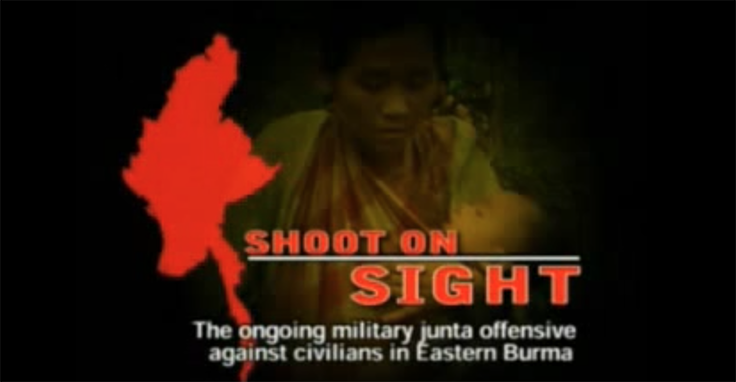 Shoot on Sight: The ongoing SPDC offensive against villagers in northern Karen State

The video details the horrendous situation that villagers in Toungoo, Nyaung Lay Bin and Muthraw Districts are facing and includes testimonies from villagers and prison porters affected by this offensive. Throughout this military campaign, which began in November 2005 and is still ongoing, villages have been shelled with mortars, looted and burnt to the ground.

Crops and food supplies have been destroyed. Burmese soldiers are ordered to shoot on sight regardless of whether it is a combatant or a defenseless civilian. As a result more than 27,000 people have been forced from their homes, either hiding in the jungle or trying to find refuge in Thailand. The Burmese army continues to increase its military presence in these areas and carry out attacks against villagers. Thousands of lives have been affected by this offensive and many have been lost – all valuable and irreplaceable.

The three actions that we are calling for are:

* For ASEAN, China and India to pressure the SPDC to stop the attacks in northern Karen State
* For Thailand to enable more humanitarian assistance to cross the Thai-Burma border into Burma, and for donor countries to support cross border work
* For a United Nations Security Council resolution on Burma

Always on the Run: Internally Displaced People in Karen State
Scroll to top