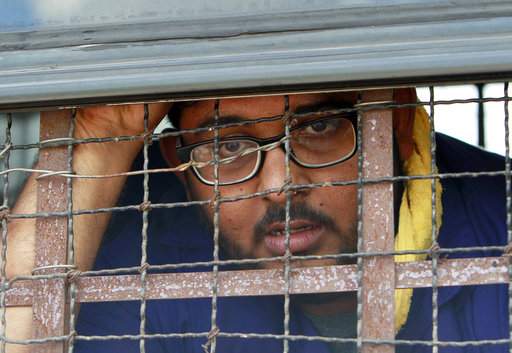 During a 4-day visit to Burma, the Pope delivered a speech calling for a future in which there is “peace based on respect for the dignity and rights of each member of society.” He also stressed that peace can only come about through “a commitment to justice and respect for human rights.”

The UN committee tasked with monitoring countries’ implementation of the Convention on Elimination of Violence Against all Women (CEDAW) has requested the Burmese government deliver a special report on alleged troop violence against women in northern Rakhine State within the next six months.

Burma has been a signatory to CEDAW since 1997 but submissions to the committee from Burmese civil society have repeatedly highlighted state violence against women, especially in ethnic nationality areas.

Daw Aung San Suu Kyi undertook her first official visit to northern Rakhine State at the beginning of the month, where she told a group of Muslim religious leaders that people in the region should not “quarrel.”

U.S. Secretary of State Rex Tillerson also visited Burma and held a press conference with the State Counsellor. He released a statement following his trip saying that the Tatmadaw’s campaign in Rakhine amounted to “ethnic cleansing” and that the U.S. would be considering sanctions against those responsible.

Tatmadaw soldiers arrested a 14-year-old Ta’ang boy and reportedly tortured him before charging him to two years’ imprisonment under Article 17(1) of the Unlawful Association Act. Soldiers allegedly found a photo of the boy dressed in Ta’ang rebel soldiers’ uniform while searching his phone at a checkpoint. The boy, who does not speak Burmese, was detained for seven days without access to a lawyer or interpreter. He says he was deprived of sleep, food, and water during this time.

A land rights activist who challenged land grabs in northern Shan State was beaten to death by a mob. Three people were arrested but later released.

Government imposes near blanket ban on protests in central Yangon

November saw a military MP pass a directive to ban all protests and assemblies in 11 townships in central Yangon, ostensibly to avoid “public annoyance and anxiety” and “disturbance of traffic.” Civil society has criticised the directive and questioned whether it is in line with the country’s existing Assembly Law and Constitution.

Two foreign journalists, their Burmese interpreter and a driver were sentenced to two months’ jail for flying a drone over the parliament in Nay Pyi Taw, despite having received prior permission from the authorities. All four were sentenced under the colonial era Burma Aircraft Act, with the two foreign journalists – one from Singapore and the other from Malaysia – also charged with immigration violations. They are awaiting further charges under the country’s Import-Export Law, which could add an additional three years on to their sentence.

The case has dumbfounded observers and attention has been drawn to the fact that the journalists were on assignment for Turkish state television; Turkey’s Prime Minister has referred to the Tatmadaw’s operations in Northern Rakhine as “genocide”. The journalists’ interpreter, Aung Naing Soe, is a Burmese Muslim who has previously faced harassment. A good summary of the case by Voice of America can be found here.

Permanent museum commemorating 8888 uprising to be opened in Yangon

The former Import and Export Enterprise building in downtown Yangon is to be turned into a permanent museum commemorating the 8888 democracy uprising. The Minister of Religious Affairs and Culture said it may be financed directly by the Ministry, or by crowd-funding from the general public. A small 8888 museum has been run by veterans of the uprising since 2015, but has relied on individual donations and received no official government funding. Those managing the temporary museum, which will be closed once the new space opens, told ND-Burma they were happy with the moves towards a permanent museum and confirmed all exhibits would be moved to the new location.

With the end of rainy season, fighting has re-ignited between the Tatmadaw and ethnic armed groups in both Chin and Kachin states. In Chin state, the Tatmadaw has clashed with the Arakan Army, resulting in about 1,500 people fleeing to seek shelter near the Indian border. Meanwhile in Kachin State the Tatmadaw resumed attacks on a Kachin Independence Army base it had been targeting in June and July, preventing those who have been displaced since then from returning home.

Kachin-based women’s groups have called for special protection laws for women displaced by conflict. They have submitted their proposals to the parliament, which has yet to pass a law on the protection of women against violence.

In an interview with The Irrawaddy the Chairman of the New Mon State Party (NMSP) said that recent Tatmadaw actions have been aimed at pressuring the group to sign the Nationwide Ceasefire Agreement (NCA). Seizing NMSP bases and forbidding the group from training and parading on Mon Revolution Day was a tactic to force the group to sign the NCA, he said. Authorities in Mon State have allegedly refused to finish re-building roads until the NMSP signs the NCA.

Meanwhile, 53 Karen organizations issued a joint statement accusing the government of using ceasefire agreements as a tool to plunder ethnic areas, citing land grabs and environmental destruction as the result of projects such as the Dawei Special Economic Zone.