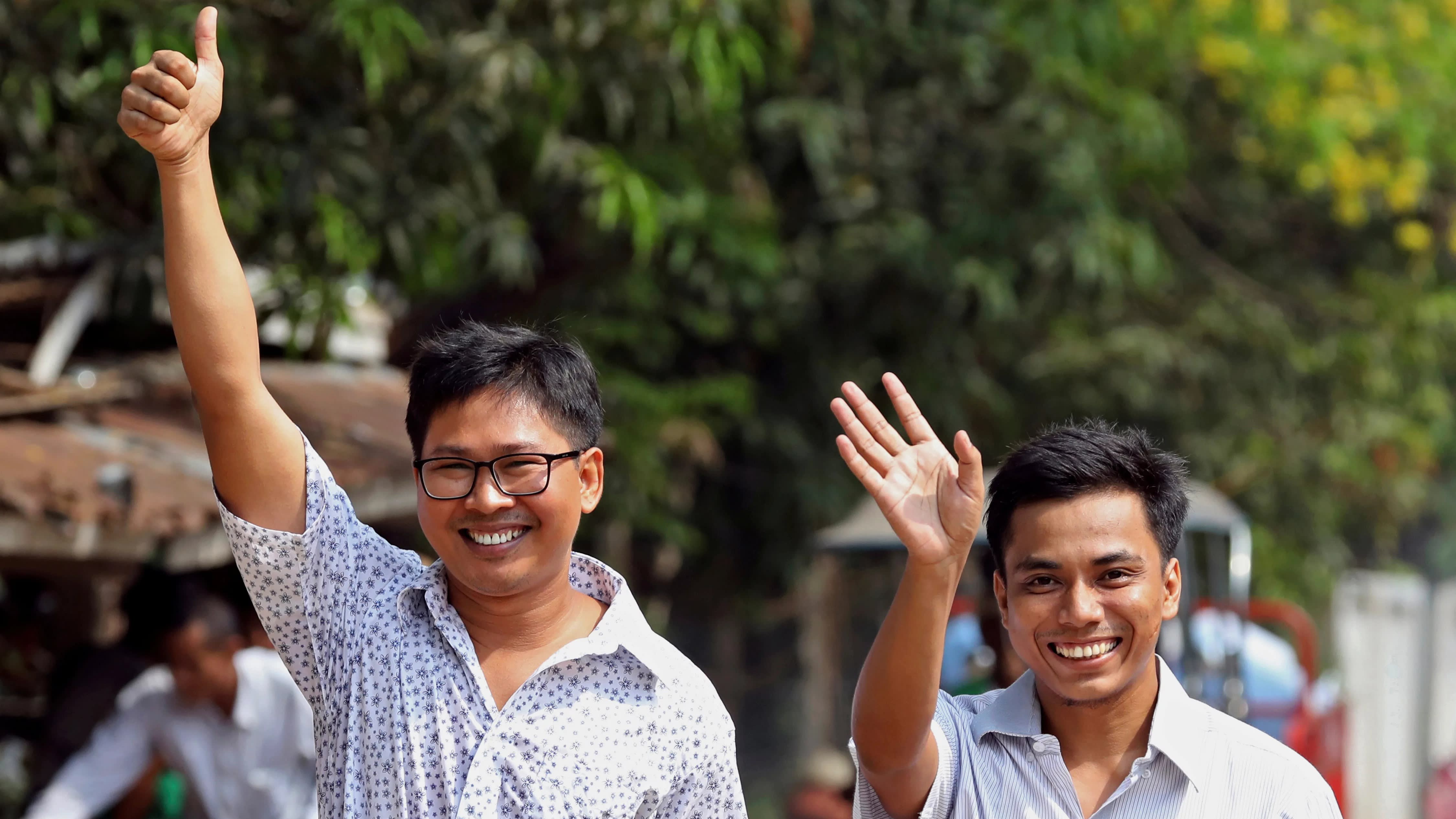 The Restoration Council of Shan State (RCSS) announced a ceasefire with the Shan State Progress Party (SSPP); a new Amnesty International report accused the Burma Army of war crimes in Rakhine State since January; and freedom of expression continued to be stifled as media organizations and journalists were targeted under defamation and assembly laws

The Restoration Council of Shan State (RCSS) announced a ceasefire with the Shan State Progress Party (SSPP) after more than a year of fighting and thousands of civilians displaced. The invitation to a truce, however, was not extended to the Ta’ang National Liberation Army.

Seven Burmese soldiers convicted of killing 10 Rohingya villagers in Rakhine State in 2017 were released from prison early. The soldiers served less than one year of their ten-year sentence before being pardoned, drawing sharp criticism from activists and observers.

A new Amnesty International report accused the Burma Army of violating international humanitarian law and committing human rights violations in Rakhine State since January 2019. The report draws attention to the Burma Army’s use of indiscriminate attacks in civilian areas and the impunity and lack of accountability for these actions.

The UN Independent International Fact-Finding Mission (FFM) urged the international community to end all financial and other support for the Burma Army, citing a lack of credible progress in the peace process and support for human rights. The statement came after a 10-day visit to the region, where the FFM met with experts, refugees, and representatives from different ethnic communities in Burma. The FFM’s final report to the UN Human Rights Council on human rights violations in Burma by the military and security forces will be submitted in September 2019.

The Myanmar Human Rights Commission is currently investigating the deaths of seven villagers who died while in the custody of the Burma Army in Rathedaung Township, Rakhine State. The seven villagers were among 275 residents from Kyauktan village who had been detained and interrogated on suspicion of having ties to the Arakan Army. The Burma Army also announced its investigation into the incident, drawing heavy skepticism from rights groups.

Twenty-four villagers from Letka village, Mrauk-U Township, Rakhine State were charged under the counter-terrorism law and are currently being detained in Sittwe. Some family members have of accused the Burma Army, who originally detained and interrogated the men before handing them over to the police, of torture. In addition to the 24 men currently being held, three men have also died in custody. Reuters journalists Wa Lone and Kyaw Soe Oo were released in early May to international attention, after spending more than 500 days in jail for their reporting on violence in Rakhine State. Their case garnered wide-spread coverage as a symbol of waning press freedom in Burma.

However, independent media and journalists continued to be stifled under defamation and assembly laws. U Aung Min Oo, chief editor of Development Media Group, a Sittwe-based news organisation, was sued under Article 17(2) of the Unlawful Associations Act by the Ministry of Home Affairs, reportedly for their coverage of the violence in Rakhine State. On May 15th, a reporter from Channel Mandalay TV news station, was arrested and is being held without charge for coverage of a protest over a coal-fired cement factory in Patheingyi Township, Mandalay.

Five activists from the 88 Generation and Open Society were charged after a disturbance broke out between them and the police outside a courthouse, where they were supporting members of the Peacock Generation dance troupe who were arrested and charged for a satirical performance that criticized the military and which was live-streamed over Facebook.

An appeal by Dr. Aye Maung and Wai Han Aung was rejected by the Rakhine State High Court, who will next lodge an appeal against their 20-year prison sentence with the Supreme Court in Naypyidaw. The two were arrested in January 2018, after both had given speeches allegedly criticizing the Bamar-dominated government and its treatment of Rakhine people.