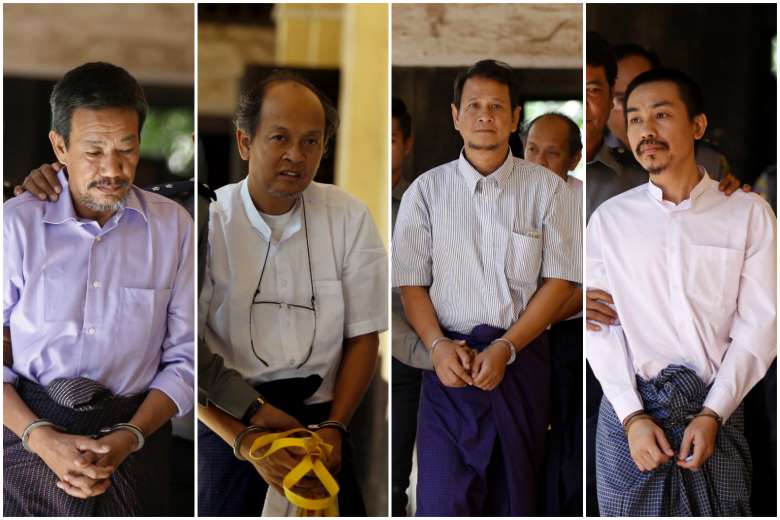 Union Parliament votes in favour of committee to draft amendments to the 2008 Constitution; Continued human rights violations in Rakhine State by Burma Army; Civic space for freedom of expression and freedom of assembly continues to shrink.

The Union Parliament voted in favour of forming a committee to draft amendments to the military-drafted 2008 Constitution, which guarantees the military 25% of the seats. The 2008 Constitution is often cited as an impediment to the true transition to democracy in Burma. While some such as the UN Special Rapporteur on Human Rights in Myanmar Yanghee Lee welcomed the announcement, other political figures in Burma such as former president U Thein Sein and Senior General Min Aung Hlaing offered their commentary warning against such reforms.

Two years after NLD lawyer U Ko Ni was shot and killed, gunman Kyi Lin and two others involved in his murder were sentenced in a Yangon court. However, former Lieutenant-Colonel Aung Win Khaing, believed to have orchestrated the assassination, is still at large. It is suspected that U Ko Ni’s murder was in response to his critical stance against the military-drafted 2008 constitution.

Police in Kyauktaw Township, northern Rakhine State, arrested 24 displaced villagers and their two local hosts under the Unlawful Associations Act. However, authorities have declined to confirm the reasons for why they were arrested.

Burma Army soldiers fired indiscriminately into Myin Hpu village in northern Rakhine State after a landmine exploded nearby the village. The barrage of gunfire lasted for one hour, leaving an 18-year-old girl dead and a four-year-old injured, among others.

The International Conference on Protection and Accountability in Burma was held at Columbia University, bringing speakers such as UN Special Rapporteur on Human Rights in Myanmar Yanghee Lee to discuss the Rohingya crisis and the need for accountability for human rights violations against all ethnic communities in Burma.

Civic space for freedom of expression and freedom of assembly continued to shrink in Burma. Human Rights Watch released a report expressing concern over the large number of individuals charged over peaceful protests and the establishment of laws limiting free expression, calling on governments to press Burma to protect such rights.

Police violently cracked down on Karenni youths after a series of protests against a statue of General Aung San in Loikaw, Karenni State, and the arrests of demonstrators who had been charged with unlawful assembly.

Two journalists from the Myitkyina News Journal were detained, harassed, and physically assaulted by employees of the Tha Khin Sit Mining Company, after the two had previously published an article about the company’s plans to create an illegal banana plantation. The two journalists are currently suing six employees at the company, and the Committee to Protect Journalists recently condemned the incident and called on the government of Burma to investigate the case and hold those responsible accountable for their actions.

More than 500 refugees from Mae Lae refugee camp in Thailand were expected to return to Burma by the end of February according to the UNHCR. This is the third such group of refugees returning under the voluntary repatriation process.

ND-Burma is a 12-member organisation whose members represent a range of ethnic nationalities, women’s groups, and former political prisoners. We have been documenting human rights abuses and fighting for justice for victims since 2004.