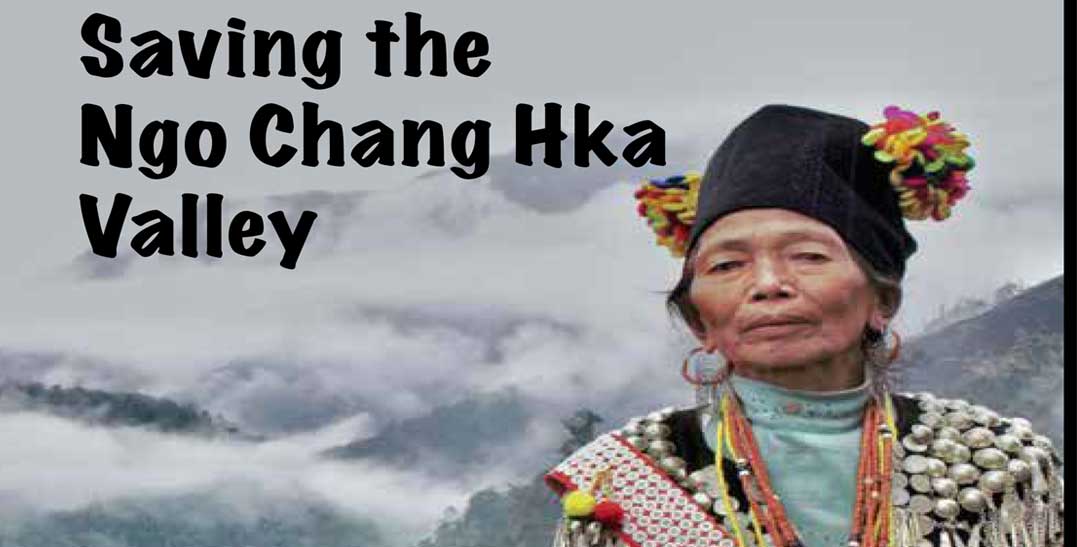 The Ngo Chang Hka flows through the mountain valleys of the eastern edge of Kachin State and into the N’Mai Hka. The N’Mai Hka continues southward and joins the Mali Hka at the Myitsone confluence to form Burma’s great Irrawaddy River. The borderlands of the Ngo Chang Hka form part of the eastern Himalayan ecoregion, a place of globally outstanding biodiversity and ancient human settlements.

Records indicate that the Lhao Vo and Lachid peoples first settled along the lower and middle reaches of the Ngo Chang River roughly 2,000 years ago, while the Ngo Chang people, who trace their ancestry back to the Lachid, journeyed further upstream where they established settlements roughly 1,200 years ago. Lisu settlers later arrived in the area. These communities were traditionally ruled by hereditary chieftains or Duwas.