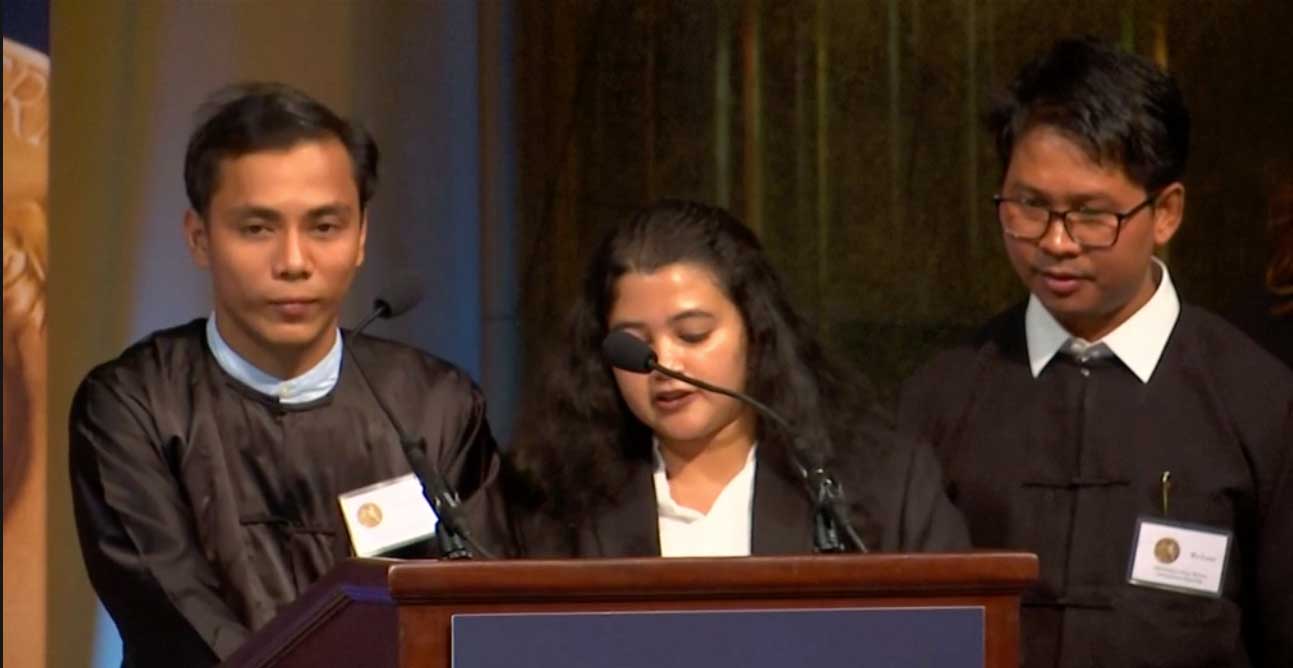 Wa Lone and Kyaw Soe Oo, the two Reuters journalists who were jailed in Myanmar for more than 500 days after they were convicted of breaking the Official Secrets Act, received their Pulitzer Prize for international reporting on Tuesday in New York City from the Pulitzer Prize Board. Rough Cut (no reporter narration).

Seeking Justice in Burma (May 2019)
Scroll to top