“Protests and Arrests Rise in November – Threatens Freedom of Expression”

A series of both improvements and setbacks highlighted an eventful month in Burma. While advancements in international recognition made worldwide news,

human rights violations persisted with far less global interest. News coverage focused on a historic visit from President Obama, and paid little attention to issues such as the government’s violation of freedom of assembly. Even as Burma stood on the world stage, the government continued a merciless crackdown on peaceful protesters.

Among the cases of human rights violations in Burma throughout November, the blatant and unwarranted abuse of landowners and other civilians over the peaceful protest of the Letpadaung copper mine stands out as a particularly egregious offense. Since the government seized 7,800 acres of private land for the copper mine, the Burmese people have continued to exercise their right to assemble but have been met with unprovoked force.

What started as unjustified arrests and wrongful imprisonment has quickly spun into a brutal assault on civilian protesters. In an early morning raid in Monywa, demonstrators were subjected to water cannons, teargas and the torching of property, resulting in serious injuries. The government has sought to justify the raids through court warrants and laws against inciting unrest. Additionally, the arrest of Ashin Gambira (aka) Nyi Nyi Lwin further undermines the rule-of-law. By no means were the peaceful protesters inciting unrest. Warrants legitimizing the actions of the police against peaceful protesters are baseless and must be halted if the government is to lay claim to any sense of lawfulness.

The attacks have drawn condemnation from opposition leader Daw Aung San Suu Kyi and the leaders of the 88 Generation. Demonstrators continue to face harassment from police. President Thein Sein appointed Daw Aung San Suu Kyi to lead a commission to look into whether the copper mine project should be sustained or not as stated in his Presidential Notification.

As Burma opens up to the international community, including President Obama’s visit, the violence against the protesters calls into question the legitimacy of Burma’s reforms. Burma cannot seek normalized relations around the world while the government continues to commit atrocities against its own people. As the commission moves forward, violence must immediately stop and those responsible ought to be held to account. 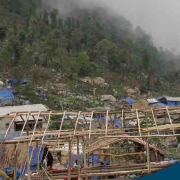 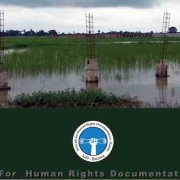 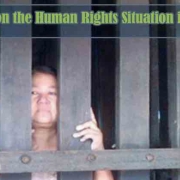 From Persecution To Deprivation
Scroll to top