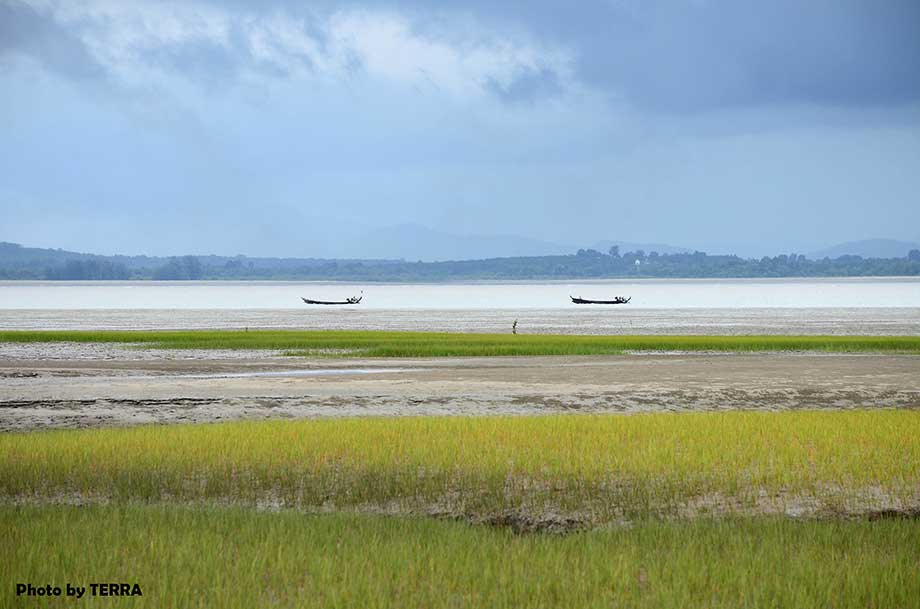 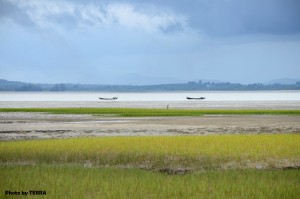 Villagers from Parlain region, located in Mon State’s Ye Township, have conducted research into the importance of local ecosystems and natural resources, aiming to use this study to combat plans to build a coal-fired power plant in their area. Amongst other concerns, the study highlights how the coal-fired plant would significantly disrupt the local fishing industry, which plays a key role in Parlain’s economy.

The study, entitled “Abundance of Parlain Natural Resources and Communities: Parlain Study by its community” was conducted by villagers living in Parlain, with support from Towards Ecological Recovery and Regional Alliance (TERRA) and the Human Rights Foundation of Monland (HURFOM). The final report was published in June 2015, with versions in four languages: Mon, Burmese, Thai, and English.

The study was planned in reaction to an announcement on 25 April, 2014, by Toyo-Thai Company Limited (TTCL), who stated that they intended to build a 1280 MW coal-fired power plant in Andin village, located in Parlain region. The announcement was met with clear opposition from villagers, who did not want to see a coal-fired plant built in their area.

The study aims to show the importance of Parlain ecosystems and natural resources. The report details that Parlain is an agricultural community, with a varied and diverse ecosystem; notable features of the ecosystem range from hilltop betel nut gardens, lowland paddy fields, and mangrove forests at the estuary, to aquatic ecosystems that nourish local fisheries. The report highlights the three most important resources for the local economy: betel nut, rice and fish.

One key concern expressed is that the construction of the jetty would alter the sea floor, changing the marine habitat and disrupting the local fishing industry. Others detailed worries that the coal-fired power plant would greatly change the local natural landscape and replace it with something completely foreign. Finally, others expressed concern that the coal-fired power plant would need a large group of people to operate and maintain the power plant; this is expected to cause large and sudden migration flows to the area, leading to possible erosion of local cultures and traditions.

The research was conceived in a workshop held on 2-3 December, 2014 in the Thai-Burma border town of Sangkhlaburi, Thailand, where representatives from Andin village met with members of HURFOM and TERRA to discuss Natural Resource Management Research.

In total, data collection took six months, from December 2014 to May 2015. Villagers from Parlain collected data themselves, setting up a core research team comprised of youths and monks, largely from Andin village. The research team travelled across Parlain region to collect data from local residents about their relationship with the area’s natural resources. In January 2015 the research group expanded to include additional teams from another five villages across Parlain. TERRA and HURFOM played a supporting role: monitoring the study’s progress, providing technical support in the field and assisting with data analysis.

View the study in 4 languages

AAPP and Burma Partnership: How to Defend the Defenders?