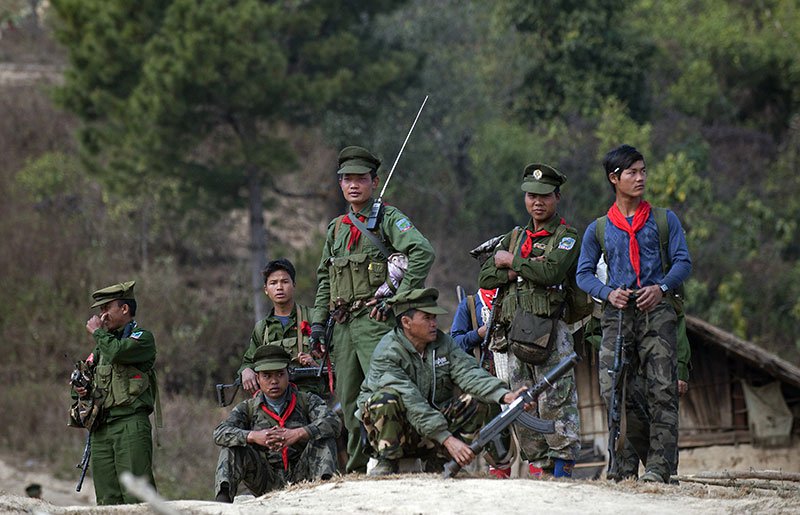 Clashes between the Myanmar army and the Ta’ang National Liberation Army (TNLA) in eastern Myanmar’s Shan state have forced more than 150 residents of the town of Kutkai to flee to safety to Theinni town, RFA has reported.

The more than 150 residents of Pharsai and Saikhaung villages in Kutkai have taken shelter inside a monastery in Theinni’s Kaungai village.