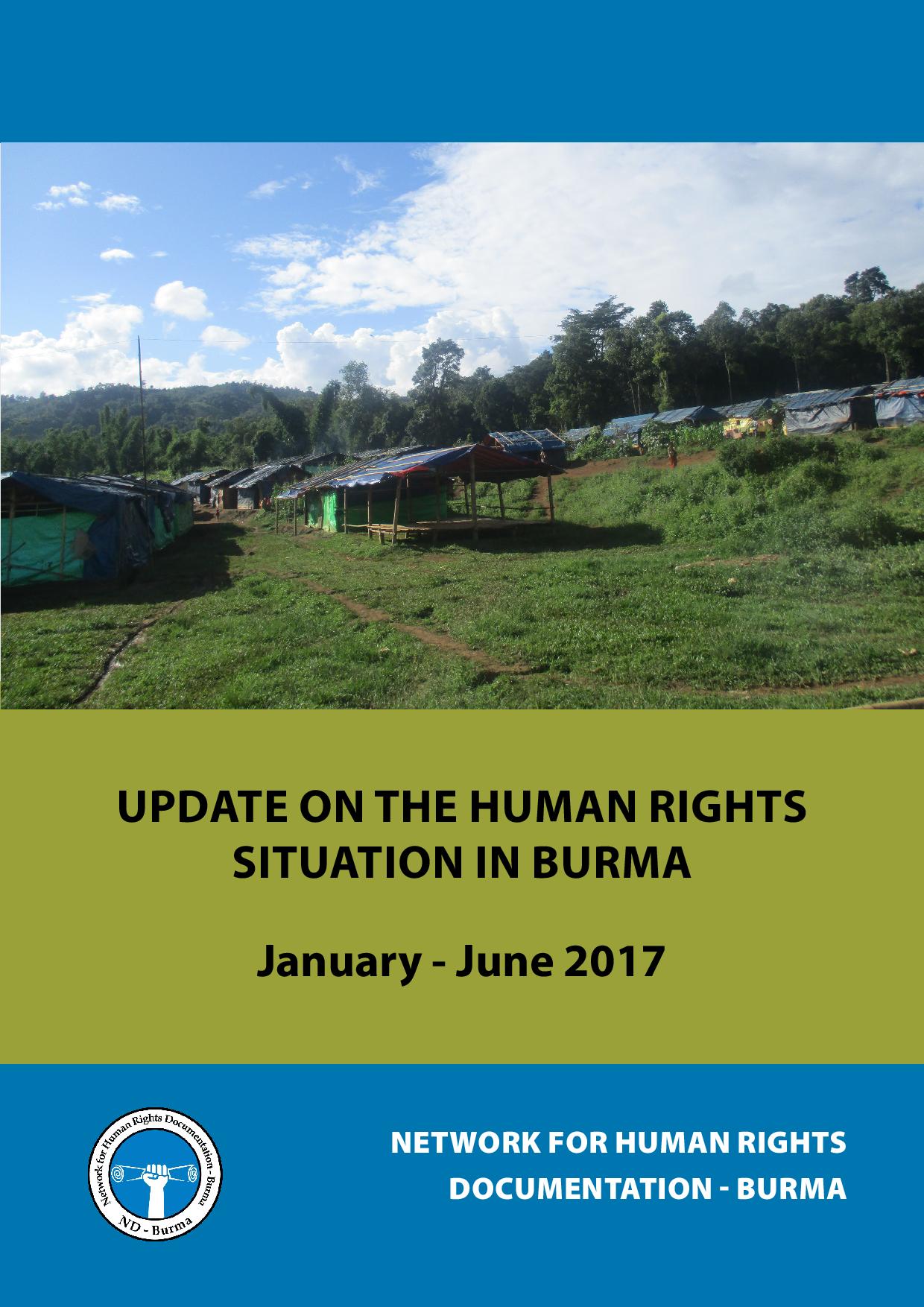 ND-Burma’s update (English Burmese) has found that grave human rights violations such as killings and torture are ongoing in conflict areas. Sadly, impunity for abuses continues to be the norm: all 24 cases recorded over the period January – June 2017 remain uninvestigated and unpunished.

Some of the key findings include:

“Since ND-Burma began documenting human rights violations 13 years ago, we continue to see the same patterns of abuse, especially in conflict areas. Ethnic nationality civilians are targeted with shelling, arbitrary arrests, torture and killings as part of the Tatmadaw’s ‘four cuts’ strategy to deprive ethnic armed organizations of food, funds, recruits, and information. Aside from a few notable exceptions, none of these victims have seen justice.

As long as there is impunity for human rights violations, they will continue. Both the Tatmadaw and ethnic armed organizations must acknowledge that they have committed grave human rights violations and apologise to victims. Without recognition of the crimes of the past, victims cannot trust they will not happen again. Without justice there can be no rule of law and no democracy.”

1.ND-Burma is a 13-member organization whose members represent a range of ethnic nationalities, women and the LGBTI community. We have been documenting human rights abuses and fighting for justice for victims since 2004.

2. ND-Burma has spent 2017 conducting victim needs assessments for its transitional justice project and has consequently had less time to gather data on ongoing rights abuses. We are therefore releasing an update as opposed to a full report.