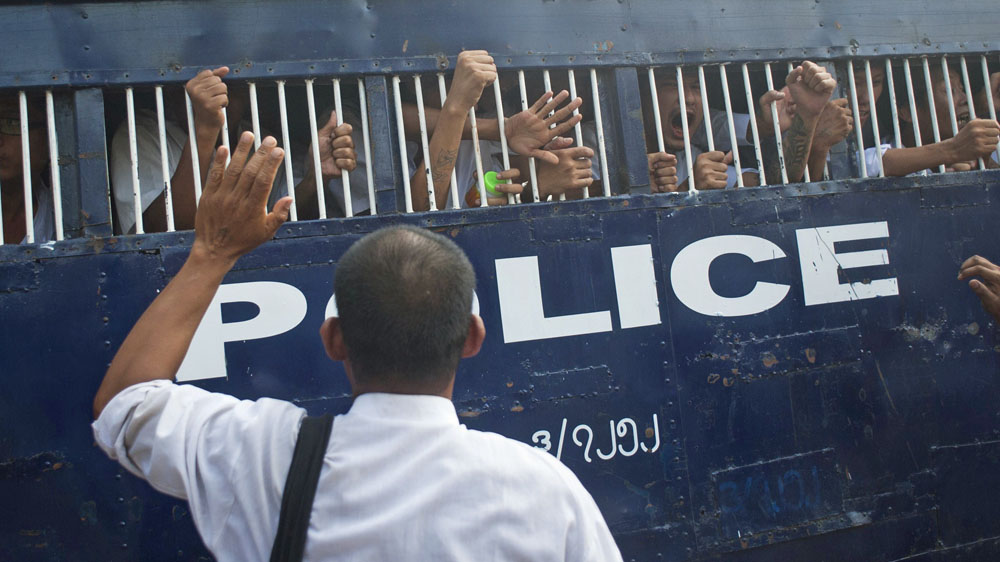 Please find below ND-Burma’s new monthly newsletter compiling all developments on recognition and redress for human rights violations in Burma.

On 22 May ND-Burma published the briefing ‘Without Justice there can be no Peace’, which outlined its 13 member organizations’ hopes, expectations and criticisms of the 21st Century Panglong Peace Conference. The briefing called on the Government to:

The restitution of citizenship is an important development in transitional justice as it shows the Government recognizes the need to restore full civil rights to those who lost them for political reasons.

U Win Tin clinic almost shuts due to funding issues;

The U Win Tin clinic in Yangon, which provides free medical services to former political prisoners, was close to being shuttered due to funding issues. Despite reports it had temporarily closed, its Director U Htin Aung told ND-Burma it had managed to stay open in order to care for the 900 regular patients it sees, despite not having sufficient medication. Since its inception in 2012, the clinic has cared for thousands of former political prisoners and their families, who receive no financial or medical assistance from the Government.

ND-Burma partner organization, the Former Political Prisoners Society (FPPS), has noted that political prisoners often work as de-facto social workers, providing services such as health care and psychological assistance that should be provided by the Government. FPPS urged the Government to allow political prisoners to use their experience and expertise to contribute to state building instead of just pro-bono service provision.

In an opinion piece for weekly Frontier Myanmar former political prisoner Khin Zaw Win argued that ‘a reckoning looms on human rights,’ and called on the Government to allow truth seeking in order to build a system that respects the rule of law.

Specialist on ethnic politics calls for discussion on transitional justice

Dr. Ashley South, who is a Research Fellow at the Center for Ethnic Studies at Chiang Mai University, said in an interview with JusticeInfo.net that there was a “striking lack of discussion on transitional justice” in Burma. He ascribed this to the fact that initial discussion about holding the military account, which were taking place around 1988-89, ended after the military aborted any moves towards transition following  the 1990 election. “There are certainly many traumatised individuals, families and communities who have suffered greatly. I am sure that among these diverse communities there is strong demand [for transitional justice],” he said.

“Without Justice there can be no Peace”