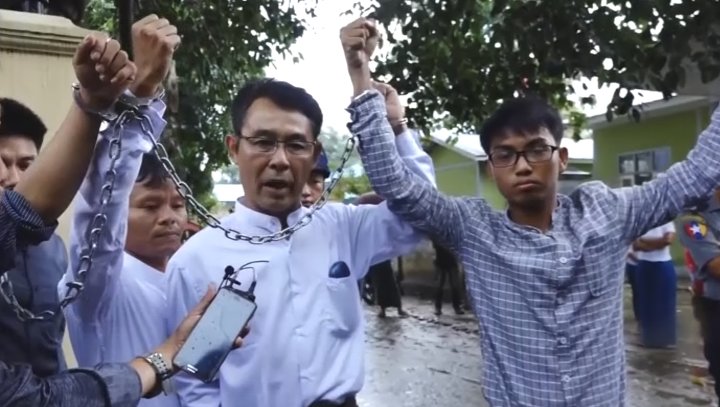 The UN Special Rapporteur on the situation of human rights in Myanmar said in her End of Mission statement that the situation in Shan state is worsening, with an escalation of conflict and increased reports of human rights violations. Her findings are supported by ND-Burma’s documentation over the last six months, the results of which will be released soon.

The Rapporteur also lamented the fact that the current government is employing the same tactics used by the previous government to block independent observers of rights violations.

Justice centers providing free legal advice to citizens have opened in Mandalay and Taunggyi. Two justice centers already exist in Yangon and Mawlamyine. The centres are funded by the European Union and managed by the British Council and the International Bridges to Justice NGO.

Former political prisoners often have trouble finding work after their release due to stigmatisation and psychological trauma.This scheme is a good example of the kind of transitional justice programmes that should be being delivered by the government.

ND-Burma member the Assistance Association for Political Prisoners (AAPP) is one of the 19 civil society organizations involved in the scheme.

The Parliament has been debating amendments to 66(d) of the Telecommunications Law, which has repeatedly been used to jail journalists and critics of the military and government. This is a welcome move as updating Burma’s outdated and undemocratic laws is vital to build a just state, but military MPs have been arguing against any change to the law.

July also saw the continued deployment of 66(d) against journalists. Myanmar Now Chief Editor Ko Swe Win was arrested at Yangon airport in relation to a 66(d) complaint filed by a Ma Ba Tha supporter in March. He has been released on bail for now.

The trial of three journalists arrested under Article 17(1) of  the Unlawful Association Act also began this month. 17(1) is frequently used to arrest ethnic nationality civilians by accusing them of supporting ethnic armed organizations.

Farmland returned to original owners in Mandalay and Sagaing

In Sagaing region over 700 acres of farmland were returned to the original owners.

End of Mission Statement by Special Rapporteur on the situation of human rights...