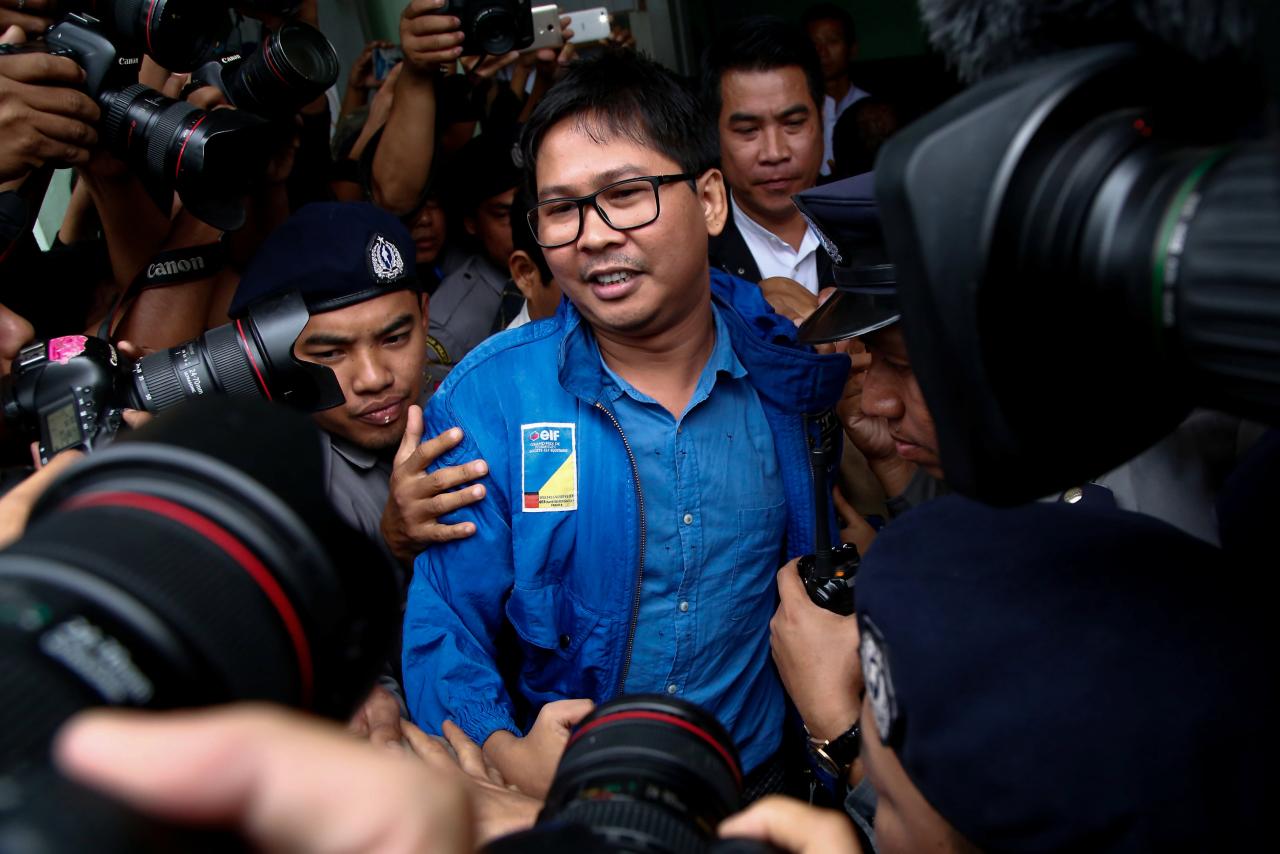 Conflict ramps up in Shan and Kachin states displacing hundreds;
Ta’ang lawyer arbitrarily arrested in Shan state;
4 Karenni soldiers allegedly executed by Tatmadaw
Renewed Tatmadaw offensives in December displaced approximately 900 people in Shan State and 100 in Kachin State. The Kachin Independence Army (KIA) wrote a letter to local government objecting to individuals and private companies making use of lands belonging to to IDPs who fled conflict in 2011. A landmine in Muse township, Shan State, killed one child and injured 4; it is unclear who laid the mine. A local church group called on authorities to re-open the unsolved case of two Kachin school teachers raped and murdered in 2015. A detailed look at the Tatmadaw’s ‘other ethnic atrocity’ in Kachin State by Stella Naw can be found here.

Ethnic Ta’ang lawyer Mai Myo Aung was detained by police in Muse Township following a shooting at a gambling den, despite reportedly not being at the scene – police claim they have CCTV footage implicating him but have refused to release it. His wife says he has been beaten by police and authorities say he faces prosecution for homicide under sections 302 and 307 of the penal code.

In Loikaw, the capital of Kyah State, 3 soldiers of the Karenni National Progressive Party and a civilian were allegedly executed at an army base after having been arrested during a raid on the rebel camp. 5 youths who protested the killings have been summoned to appear in court accused of violating Section 19 of the Peaceful Assembly and Peaceful Procession Law.

Two Reuters journalists working on Rakhine story arrested;
Press team arrested for flying a drone cleared of all charges;
Journalist attacked and in critical condition
Two Burmese Reuters reporters were arrested and accused of planning to provide state secrets to foreign media. Wa Lone and Kyaw Soe Oo were reportedly arrested after accepting documents from police officers and face charges under the colonial-era Official Secrets Act, which carries a maximum jail term of 14 years. The journalists had reportedly been researching a story on military abuses in Rakhine State.

A piece of good news towards the end of the year as the two foreign journalists and their two local staff arrested for flying a drone over the parliament have been released and cleared of all charges.

A journalist for the local media organisation Democratic Voice of Burma was stabbed in Sittwe, the capital of Rakhine State, and is in critical condition. No case has been opened into the attack as of yet and there are no suspects.

Burmese government blacklists UN Special Rapporteur;
UN Fact Finding Mission finds similar patterns of abuse in Rakhine, Shan and Kachin
The Burmese government has banned UN Special Rapporteur on Myanmar, Yanghee Lee, from entering the country and withdrawn all cooperation for the duration of her tenure. Yanghee Lee said in response: “This declaration of non-cooperation with my mandate can only be viewed as a strong indication that there must be something terribly awful happening in Rakhine, as well as in the rest of the country.”

Meanwhile the UN Fact Finding Mission concluded its first set of interviews with victims of human rights abuses and found “patterns” in the allegations of Shan, Kachin and ethnic Rakhine groups similar to those they heard from the Rohingya. If true, these would “constitute serious human rights violations,” according to the FFM investigators.

A mass grave containing ten bodies was found by the military in Rakhine state. A general has been appointed to investigate whether state troops are culpable; internal military investigations in Burma consistently absolve ist forces of any wrongdoing.

Third session of Panglong planned for early 2018: civil society demands to join discussions;
Tatmadaw blocking Shan State preparations for peace conference
The third session of the Panglong peace conference should be held at the end of January. Civil society organisations have demanded they be allowed to join discussions in a letter to Daw Aung San Suu Kyi, signed by 145 representatives from 92 groups.

Shan leaders have been unable to prepare for the upcoming Panglong conference due to the Tatmadawobstructing preparations for State level political dialogues.

Ethnic groups called on the government and Tatmadaw to move away from general statements and deliver a detailed vision of what a future federal system would look like.

Majority of defamation complaints filed by government officials
A report by Free Expression Myanmar found that the majority of complaints filed under Article  66(d) of the Telecommunications Law were by people closely related to the government. Article 66(d) has been widely used to punish criticism of people in power and has been deployed increasingly frequently since the NLD government took power.

Activists begin bid to get UNESCO recognition for 8888 uprising;
Aspiring 88 Generation politicians register as ‘Four Eights Party’
Activists have started the process of putting Burma’s 8888 uprising forward for inclusion in  UNESCO’s Memory of the World register. U Any Bwe Kyaw, a member of the group pushing for the nomination, said: “We want the world to recognize this movement so that no future governments can erase the history recorded in this museum.”

Some of the leading voices from the 8888 uprising have registered a new political party called the ‘Four Eights’, with the aim of taking ‘political responsibility’ as opposed to power.

A letter to Daw Aung San Suu Kyi from Letpadaung residents affected by the controversial copper mine project has been ignored.

Refugees rise in Kachin, Shan states due to clashes