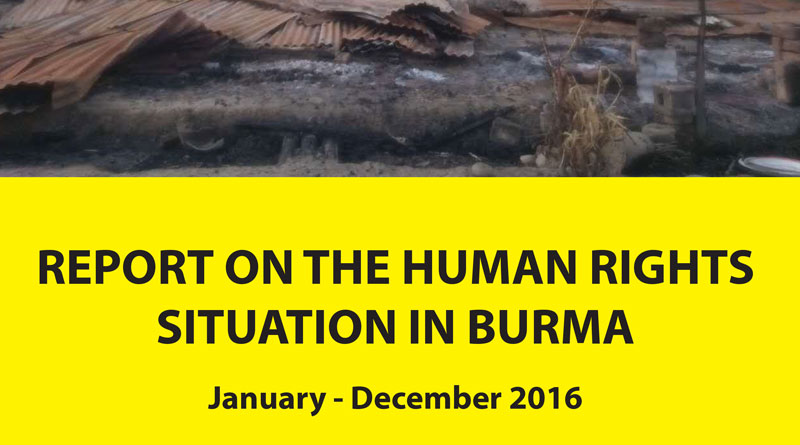 ND-Burma today releases its 2016 report on the human rights situation in Burma/Myanmar, which shows a dramatic increase in the number of human rights violations committed. Some of the key findings in the report include:

“We believe that the legal immunity enjoyed by the army under the 2008 Constitution has allowed the military to continue committing human rights violations with impunity, resulting in this depressing spike in human rights violations. Straitened by the Constitution, the government has tried to ignore the past so it could focus on the future. However many victims of past abuses are unable build a future because of the abuses they have suffered. Ongoing abuses make it impossible for victims to trust in the future, which makes national reconciliation and lasting peace impossible. In order to find peace and to finally end the culture of impunity, we must seek redress for Burma/Myanmar’s many victims of human rights violations.”

Inconvenient truths: How journalists in Burma continue to be silenced