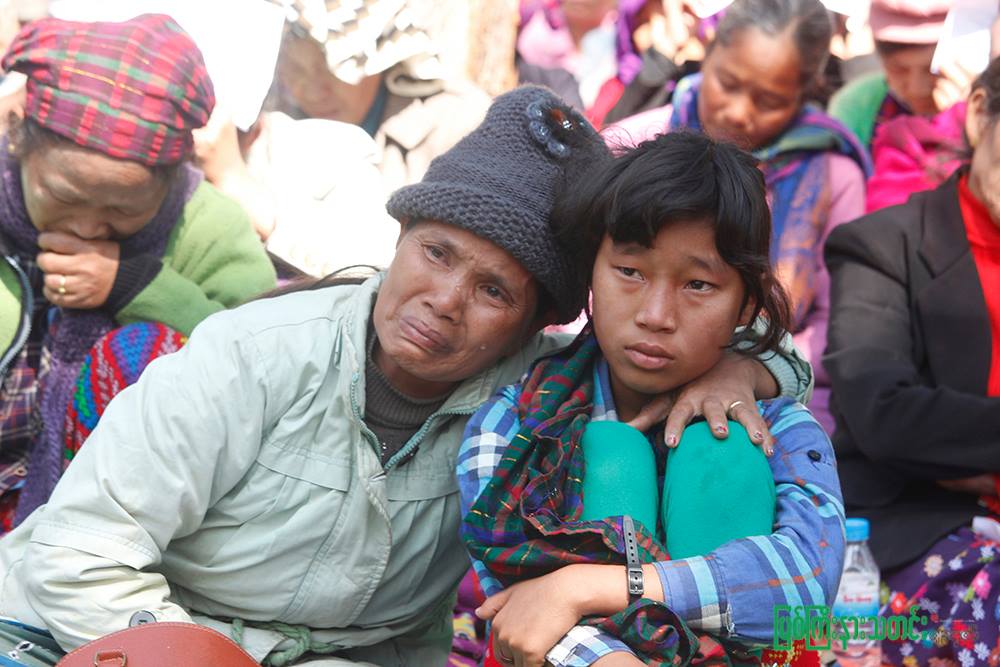 We welcome the UNSC delegation’s historic visit to Burma from April 30 to May 1, 2018, which highlighted the large-scale displacement from northern Rakhine State, but we are disappointed that the UNSC delegates did not visit northern Burma, or make any mention of the ongoing Burma Army offensives and crimes against humanity also taking place there.

The UNSC’s failure to look at other parts of Burma clearly emboldened the Burma Army, who brazenly continued attacks, including heavy shelling, in six townships on April 30, and blocked thousands of IDPs from seeking safe refuge even while the UNSC delegates were in the country.

The current protests by thousands of youth and other community members in Myitkyina calling for safe passage of the IDPs, started on April 30, during the UNSC visit. Solidarity actions are now being held by youth in other parts of Burma, who are outraged at the Burma Army’s cruel entrapment of innocent civilians, many of them women, elderly and children.

In fact, the patterns of violations committed by the Burma Army in northern Rakhine State are the same as those which communities in other ethnic areas have suffered for decades. Particularly since the renewal of conflict in June 2011, Kachins have been enduring systematic rape, torture and killing at the hands of the Burma Army, leading to displacement of over 120,000 people.

Alarmingly, the military operations against the Kachin this year are taking place in a much wider area than in previous years, including not just eastern Kachin State but also western and central Kachin State, where Naypyidaw is accelerating large-scale development and exploitation of the rich natural resources in these areas, including jade, amber, gold, timber and hydropower.

Areas now targeted include Sumprabum and Injangyang townships in central Kachin State, where giant Chinese dams are planned on the Irrawaddy headwaters, as well as Danai and Mogaung townships where the Ledo Road is being developed as part of China’s One Belt One Road Initiative.

As outrage mounts around the country against the Burma Army for their brazen crimes, we urge the UN Security Council to take immediate action to pressure the Burma Army to immediately end their offensives and systematic violations throughout the country, so that inclusive political dialogue can begin towards federal democratic reform in Burma.

Pawns in their game: the military’s blocking of aid to IDPs in Kachin and northern Shan State

“Without identifying the wound, how can we heal the wound?”
Scroll to top