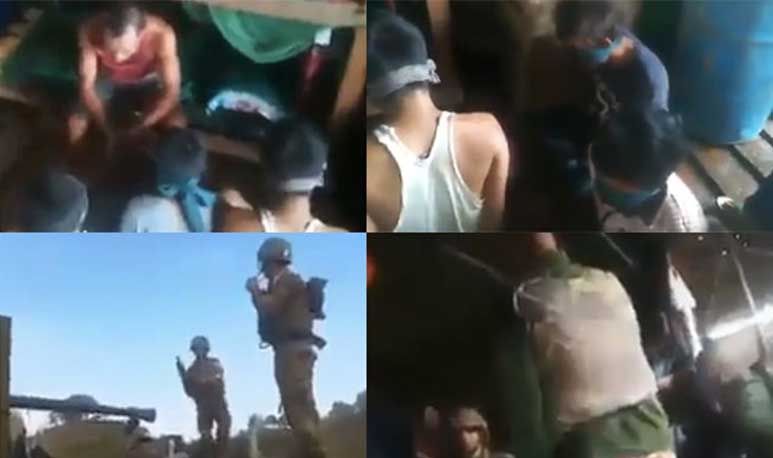 NAYPYITAW—The Myanmar military will take action against its personnel who were involved in the beating of five Rakhine civilians after it verified a viral video that captured the assault, military spokesman Brigadier-General Zaw Min Tun told The Irrawaddy.

“That case is true. We have verified it. We have detained those involved [in the beating],” the military spokesperson said.

Five men, who were identified by their relatives as ethnic Rakhine residents of Kyaukseik Village in Ponnagyun Township, were shown being beaten by Myanmar military soldiers in a video that went viral online on Saturday.

According to Brig-Gen Zaw Min Tun, the five civilians, whom the military has charged for their alleged ties to the Arakan Army (AA), were taken to Sittwe from Ponnagyun on April 27 by a naval vessel for further investigation.

The video that went viral on social media shows the five men with their faces covered and their hands tied behind their backs being beaten by soldiers on board a vessel.

Brig-Gen Zaw Min Tun said the Myanmar military does not allow unlawful interrogations, adding that the case in question took place as a result of soldiers allowing their emotions to get the better of them.

Myanmar military soldiers detained 38 villagers from Kyaukseik on April 19 and released 33 of them the following day but opened cases against the remaining five under the Counterterrorism Law on suspicion of playing a role in recent bombings between Kyaukseik Village and Ponnagyun Township.