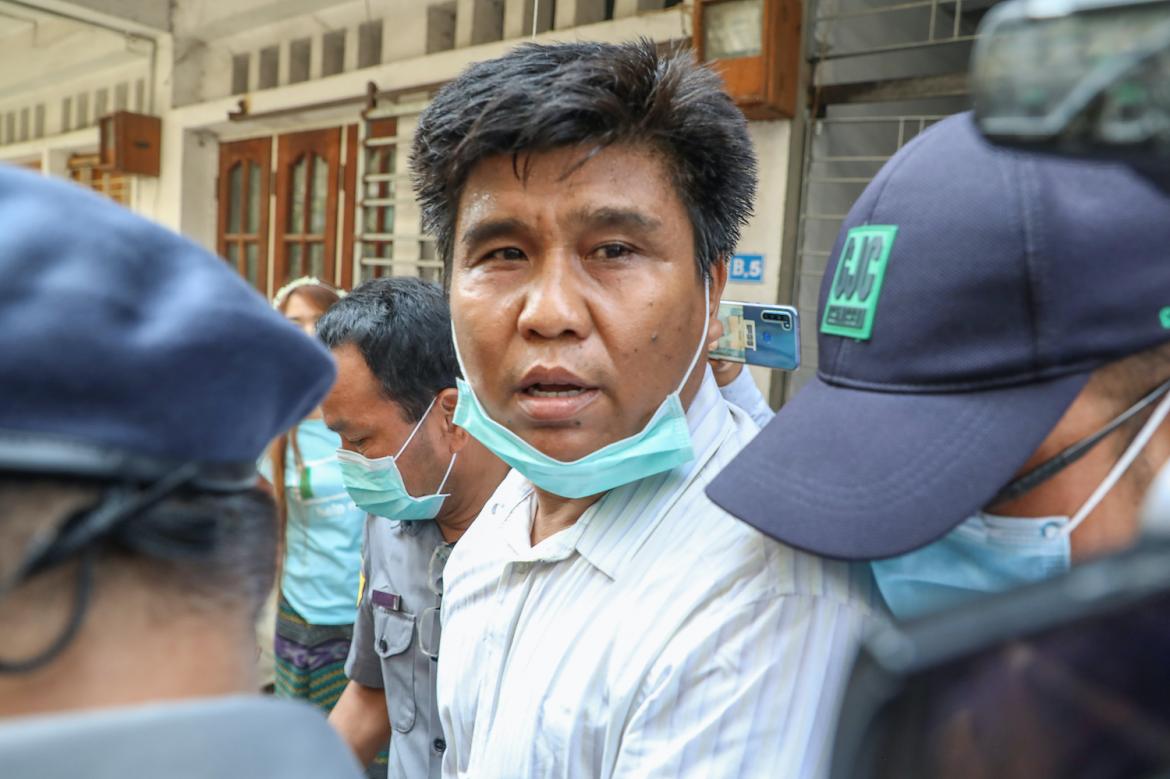 MANDALAY — A Myanmar journalist faces up to life in prison for publishing an interview with an ethnic armed group operating in the country’s restive Rakhine State, a week after the insurgents were classified as a terrorist organisation.

The western region has long been a tinderbox of conflict between the Myanmar military and Arakan Army (AA), a group demanding greater autonomy for the state’s ethnic Rakhine people.

Clashes have left scores of civilians killed, hundreds injured and about 150,000 displaced since January last year, and both sides have traded allegations of abuse.

Support independent journalism in Myanmar. Sign up to be a Frontier member.

His report on the encounter was published after the government declared on March 23 that the insurgents had been classified as a “terrorist group”.

“I was accused under two charges of the counter-terrorism law,” he told reporters after leaving the court in Mandalay.

The charges, which cover violations including allowing terrorist groups to spread fear, gather or hide, were filed by Special Branch, Myanmar’s intelligence arm, he said.

They carry penalties ranging from three years to life in prison.

“This is disturbing for press freedom,” said the journalist, who previously worked for the BBC’s Burmese-language news service.

His wife Ma Zarni Mann, a reporter with independent local news outlet The Irrawaddy, said her husband’s laptop was seized.

She decried the use of counter-terrorism laws against journalists.

Myanmar has come under fire in the past for the high-profile jailing of two Reuters journalists who were convicted in 2018 of breaching a law on state secrets after revealing a massacre of Rohingya Muslims.

The pair were eventually freed by presidential pardon after spending more than a year in jail.

Myanmar is ranked 138 out of 180 countries for press freedom by campaign group Reporters Without Borders.