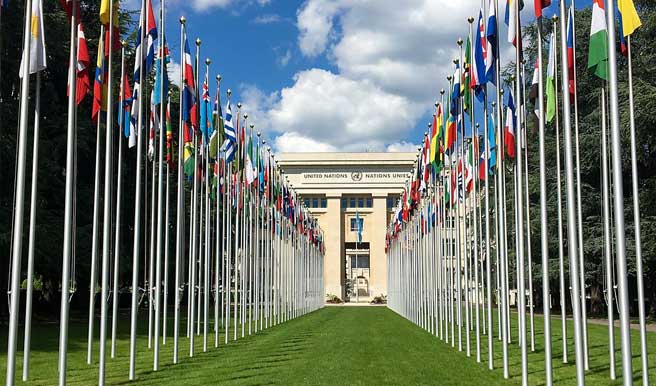 Today’s decision by the UN Human Rights Council to create an ‘independent mechanism’ to collect evidence of crimes in Myanmar, is a significant step toward accountability for gross human rights violations, the ICJ said.

“The creation of this evidence-gathering mechanism is a welcome concrete step towards justice,” said Matt Pollard, Senior Legal Adviser for the ICJ.

“But this is a stopgap measure, effectively creating a prosecutor without a court, that only underscores the urgent need for the Security Council to refer the entire situation to the International Criminal Court, which was created for precisely such circumstances,” he added.

The Council’s decision follows on conclusions and recommendations by the Independent International Fact-Finding Mission on Myanmar (FFM).

It also highlighted the need for criminal investigations and prosecutions for crimes under international law, something the FFM concluded that national courts and commissions within Myanmar could not deliver.

“National justice institutions within Myanmar lack the independence, capacity and often also the will to hold perpetrators of human rights violations to account, particularly when members of security forces are involved. The latest government-established inquiry in Rakhine State also seems designed to deter and delay justice,” Pollard said.

The Human Rights Council resolution did not create a new international court or tribunal.

While there is no realistic prospect of effective national prosecutions within Myanmar in the near future, evidence held by the mechanism could also be available in future should national institutions eventually become sufficiently impartial, independent, competent, and capable to do so.

A preliminary examination of the situation of Rohingyas, being conducted by the ICC, may also lead to criminal proceedings but will likely be limited to those crimes that have partially occurred within Bangladesh, such as the crime against humanity of deportation.

Bangladesh is a State Party to the Rome Statute of the ICC whilst Myanmar is not.

The Security Council also has authority to refer the entire situation to the International Criminal Court.

“The Myanmar government should stop denying the truth and should work with the international community, and particularly the United Nations, to improve the horrific conditions facing the Rohingya and other ethnic minorities whose rights have been violated so brutally by the security forces, as documented by the Fact Finding Mission,” Pollard said.

“Myanmar’s international partners, including neighbours like India, China, and members of the Association of Southeast Asian Nations (ASEAN), should exercise their influence to help ensure that Myanmar addresses this serious threat to the stability of the country and the region, by ensuring respect, protection and fulfillment of the full range of civil, cultural, economic, political and social rights of the affected minorities,” he added.

The Council resolution makes several other substantive recommendations, including a call on the Government of Myanmar to review the 1982 Citizenship Law, and a recommendation for the United Nations to conduct an inquiry into its involvement in Myanmar since 2011.

AAPP’s statement on the arrest of Nang Mo Hom by Ta’ang National Liberation...