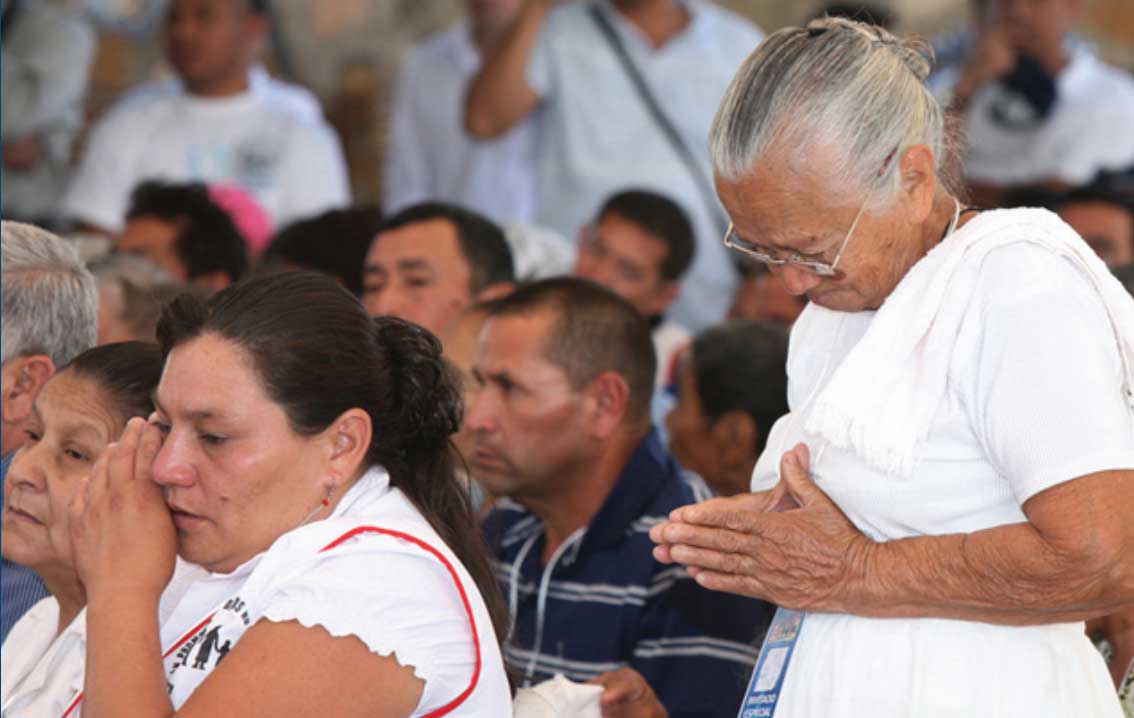 Official public apologies are an important element of a transitional justice policy. As a form of symbolic reparation, an apology is a formal, solemn and, in most cases, public acknowledgement that human rights violations were committed in the past, that they caused serious and often irreparable harm to victims, and that the state, group, or individual apologizing is accepting some or all of the responsibility for what happened. Th e decision to make an apology can and should be used to support a just and moral vision that enables victims and the public to have hope in the future.

It has become more common for political leaders to apologize publicly to victims, their families, and communities, often during a formal national address or other ceremonial event. Such apologies have taken place in the midst of cease-fire and peace processes, made not only by those holding public offi ce, such as heads of state, ministers, judges, and the heads of the police, military, and intelligence services, but also by paramilitary leaders. Apologies delivered by state agents signal the full backing of the state for what is being conveyed.

Apologies are not enough as reparation to victims of serious violations. While apologies have value in themselves and can address both moral and physical harm, they should be combined with material forms of reparation. In particular, care needs to be taken to ensure that a disproportionate emphasis on apologies does not diminish the likelihood that other reparative measures, such as restitution and medical care, will be implemented, to help limit the long-term harm caused to victims or address their physical needs.

Apologies should, in many cases, refl ect a communal reckoning with crimes of the past. They describe what has been learned and what needs to be done to prevent such events from ever happening again; sometimes they mark either the commencement or the culmination of a long, sometimes divisive period of debate and reflection in a society. In many cases, it is victims and organizations of survivors who provide the main impetus for pursuing an apology and help to decide when and how an apology might best be given.

Whatever the catalyst, apologies (and the process for developing them) can help a country to replace, at least partially, partisan recriminations with constructive dialogue and unite the public behind the common goals it needs to achieve to move forward. Th e process of developing consensus around the need for an apology can help societies to face their past, reaffirm values, and meet their obligations to victims as human beings and citizens in the present and in the future.

Because official apologies are most often public acts, they usually attract considerable media attention and scrutiny. Therefore, the content, delivery, tone, and proper timing of an apology are crucial. Th e most effective apologies are unequivocal; they are not diluted by qualifying language designed to limit their scope or redirect blame. For victims, it may matter whether an apology is written, handed over on paper, or read or spoken aloud. Likewise, the language spoken, the access to written, spoken, or recorded materials, the venue in which it is made, even the body language and appearance of the person delivering the apology are all significant. Some of the most meaningful apologies have occurred at the place where the violations occurred.

Although most offi cial apologies provide a form of comfort to victims, some have been judged harshly for being poorly conceived, insincere, and ineffective. Expressions of regret, for instance, are most frequently statements of sadness and disappointment that fall short of an apology, whereas unequivocal apologies contain a more explicit if not unconditional acknowledgment of responsibility. They acknowledge the specific injustices that occurred, recognize that victims suffered serious harm as a result, and take responsibility for what happened.

Effective apologies take into account what victims are likely to feel and think about what is being said. In fact, the most effective apologies are arguably those that have been agreed on with survivors, families of victims, or their representatives, and which address the future and not just the past. Th ey assure victims—and the rest of society—that victims were not at fault for what happened and emphasize common values shared by everyone in society.
While apologies on their own cannot fully restore trust nor ever provide the full relief that victims and a society need to heal, they play an important role in giving meaning to reparations and promoting efforts to reform institutions and guarantee non-repetition of violations and can be an important step toward reconciliation, on the journey toward lasting peace.

Th e content, delivery, tone, and proper timing of an apology are crucial, as is its sequencing with other transitional mechanisms, including other apologies. In some cases, like Canada’s apology for Indian Residential schools, several forms of acknowledgment preceded Canadian Prime Minister John Harper’s apology, including state-sponsored reports, the settlement of a class-action lawsuit, and the implementation of reparation payments and services.

Often apologies follow recommendations by truth-seeking bodies, like Kenya’s TJRC, that have provided concrete guidance on how to define the necessary apologies and the wrongs they should recognize. In other cases, it has been victims and victims’ groups that have provided the main impetus for pursuing an apology and for helping to decide when and how an apology might best be given; their input is essential.

Public apologies are an important element of a transitional justice policy. When carried out in a way that is meaningful and sensitive to the moral and material needs of survivors and victims, they can effectively convey recognition, in some cases for the first time, of what survivors and victims suffered or lost. When solemnly and unequivocally given, apologies convey a clear acknowledgement of the responsibility of the state and individuals not only for the harm done, but for the causes of the conflict or repression that led to those harms. In this way, they play an important role in giving meaning to reparations and promoting efforts to reform institutions and guarantee non-repetition.

The process of developing consensus around the need for an apology can help societies to face their past, reaffirm shared values, and meet their obligations to victims as human beings and citizens in the present and in the future. Although apologies alone can never completely provide the relief that victims and a society need to heal, they can be an important step toward reconciliation and sustainable peace.