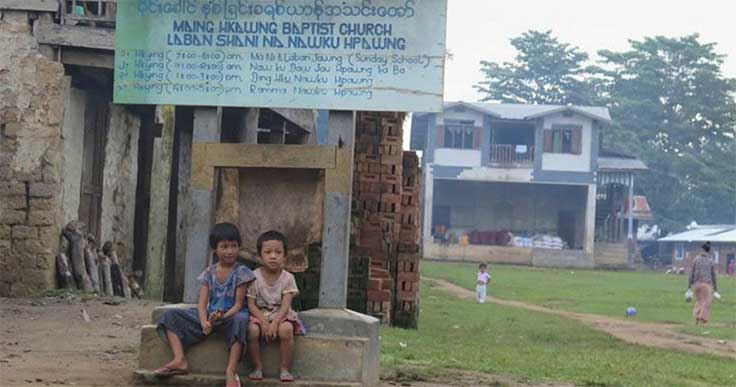 A Kachin woman has gone into hiding after accusing the Myanmar Army (or Tatmadaw) of killing two of her family members, apparently fearing detention by the military, according to local sources in Kachin State.

Kaw Awng, 45, is already the subject of legal action by the Tatmadaw. She has been charged by the Army with violating section 17 (1) of the law against unlawful association for allegedly concealing information that the slain IDPs were members of the Kachin Independence Army (KIA). The charge was brought by Military Operation Command 21 based in Bamaw Township.

According to an IDP camp leader based in Mai Khaung, Mansi Township, who asked to be identified as “David”, Myanmar Army personnel have made several trips to Kaw Awng’s home intending to arrest her. It was Kachin IDP camp leaders who urged her to hide at a different location, David said. He requested the use of a pseudonym out of fear for his security, as there is a Myanmar military base near his IDP camp.

“Every time they come back to her home [in the camp] they ask us when she will be returning. The police have also come two times,” David said.

The two IDPs, Hpaugan Yaw, 65, and Nhkum Naw San, 35, from Mai Khaung camp disappeared in January. After their bodies were found in March, the victims’ family accused the Tatmadaw of killing the two men.

Not knowing which Army unit is responsible for the killings, the family asked police to investigate. According to David, the family claims the police investigation has been dropped now that the Army is taking action against it, however.

Police Major Myo Thant told The Irrawaddy that the police were no longer investigating the IDPs’ deaths, adding that in fact the police wanted to speak with Kaw Awng to conduct their own investigation into whether she violated the unlawful association law as alleged by the Army.

According to David, the Army told the victims’ family during a meeting at the township authority office in Mansi that it killed the two men, but claimed the killings were justified as they were KIA members, in the Army’s view.

David Baulk, a Myanmar specialist for the rights group Fortify Rights, which has been following the case, told The Irrawaddy, “The families of Hpaugan Yaw and Nhkum Naw San are demanding justice for their killings, and the Myanmar military is targeting them as a result. … The reality is that in Myanmar today demanding accountability for crimes involving the military will likely result in a prison stretch.”

David said that “Getting authorities to investigate and take action is difficult; they made up the story, but those two IDP were really civilians. They were not members of the KIA. We are still considering how to proceed.”

The doctor who conducted the autopsies on the two men has refused to provide the family with a report, despite repeated requests by the family and IDP camp leaders. The doctor told the family that he could only release the information in a court proceeding.

Three other IDPs from Mansi camp were killed by the Tatmadaw in a separate case last year. In that case, however, camp leaders received cooperation from and were shown evidence by medical and police officials.

In January this year, six Army personnel were sentenced to prison terms for the killings.

“They may not want more Army personnel to go to prison. Therefore, we believe that they are playing games and preventing the family of the victims from taking action against them,” David said.

The Nightmare Returns: Karen hopes for peace and stability dashed by Burma Army’s...