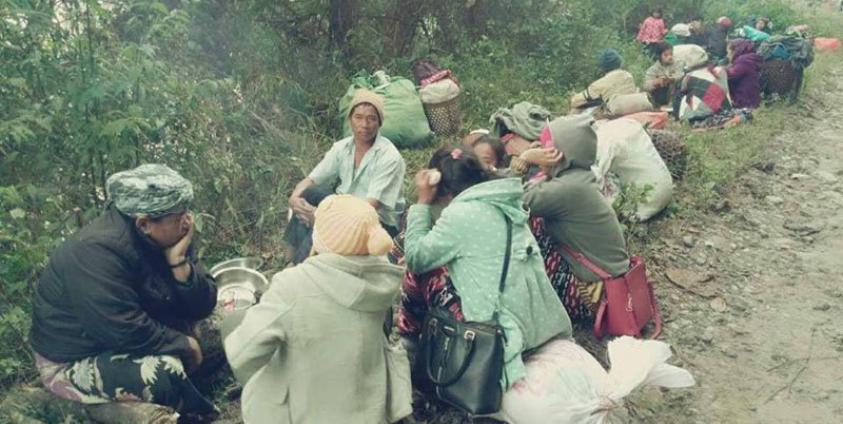 The Burma military broke the ceasefire with the Kachin Independence Organisation in 2011. Since then, residents of the Kachin region have endured various forms of human rights violation as well as denial of humanitarian assistance by Burmese military. Their daily lives have also become dictated by the ebb and flow of armed conflict in their area. Recent developments in the Burma/Burma Army military campaign in the Kachin region have forced thousands of civilians to flee their villages and many are currently trapped in conflict areas.

Our people have been subject to numerous violations of international law, including executions, torture, forced displacement, forced labour, rape and other forms of sexual violence, confiscation of property, arbitrary arrest and detention, and denial of humanitarian assistance.

These types of human rights violations are not new to the Kachin people or to other ethnic groups in Burma. The Burma military has used these tactics to instil fear and control in their attempts to destroy our ethnic identity, destroy our religion, colonise our lands, and steal our natural resources.

Despite their obligations, the international community, including members of the United Nations Security Council, have failed in their duty to uphold international law. As a result, calculating that the international community is too weak to enforce the law and hold them to account for their crimes, the Burma military is escalating attacks against ethnic groups in the country, including in Rakhine State, Kachin State, Shan State and most recently breaking the ceasefire in Karen State.

On April 11th, Shan Naw San, a seasonal banana plantation worker from Laiza, was hit and killed by an artillery shell from 23 rounds of heavy artillery fired by BA forces stationed at Hka Ya Bum and Bum Re Bum toward Lang Ta Bum where KIA Battalions 23 & 40 are stationed.

These are war crimes, but not one country has condemned these killings and promised to take action in response.

Residents of the Lai Nawng Hku are now in Man Wai, they are under constantly surveillance of Burma Army and are restricted from further movement.  Pajau villagers have fled to the Chinese boarder, and Kasung villagers to Namti due to intensified fighting, over past weeks.  During last week, over 2,000 villagers from Awng Lawt, Sut Ra, and Sut Ring Yang fled their villages to escape incessant artillery fire from the Burma Army.  Now, at least 1,200 are trapped in the jungle.

We do not expect the condition of these civilians to improve anytime soon, as local sources report of continuous arrival of Burma Army infantry troops to the Kachin region. Kachin community and religious leaders have appealed to the authorities for permission to evacuate the trapped civilians to safety. However, they have not been successful in their appeal. It is also important to note that even when this specific episode of humanitarian crisis subsides, another one will arise because the armed conflict is ongoing.

As the Burmese military’s culture of impunity remains unchecked, Burmese government is unable to exercise rule of law or capacity to protect life of its citizens.  We are once again appealing to the international community to hold perpetrators of war crimes and crime against humanity held to account before current conflict spills over to bordering regions.

The United Nations should move ahead with the appointment of the Special Envoy to Burma and immediately dispatch the envoy to Kachin areas and negotiate free movements and humanitarian access.

We would like to see China, India, United States, and ASEAN serve as mediator to seek sustainable resolution to prolonged civil war in Kachin region. This agreement should be upheld by an international or regional peacekeeping mission to Kachin Region to enforce repositioning of troops and protect security of civilian populations.

There is no shortage of evidence of violations of international law committed by the Burma military. The United Nations has been documenting these crimes for decades. A detailed assessment in 2016 stated that what may amount to war crimes were being committed in Kachin State and Shan State. The United Nations has also stated that human rights violations against northern Rakhine State may constitute crimes against humanity and even amount to elements of genocide.

At the same time the government and military in Burma continue to commit human rights violations, deny human rights, cover up human rights violations, and arrest and jail those who seek to expose them. There is no prospect of any genuine process of accountability for violations of international law taking place within Burma, and the international community should not hide behind more false investigations announced by the government of Burma as an excuse not to uphold their responsibilities.

Members of the United Nations Security Council must support a resolution referring Burma to the International Criminal Court.

UN Security Council members which fail to support a referral to the International Criminal Court are not making a neutral decision or simply failing to act. They are making an active decision to allow the Burma military to keep killing ethnic civilians.

We are only asking United Nations Security Council members to do their job. To uphold their responsibilities. Ending the Burma military’s sense of impunity will have an immediate impact in reducing human rights violations, and holding them to account for their crimes is essential if Burma is ever to be a country with peace, security, genuine democracy and where human rights and ethnic diversity are respected. 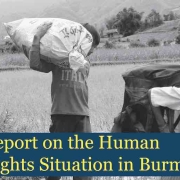