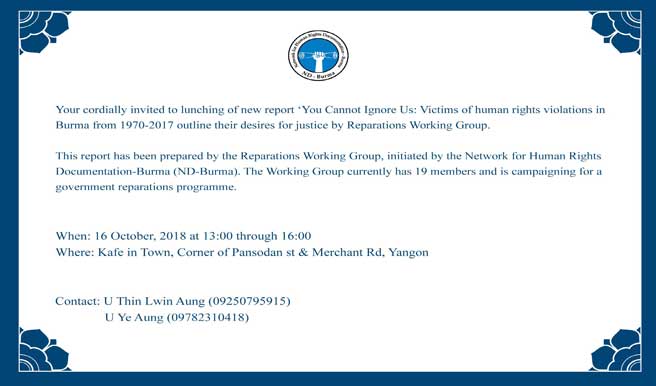 Myanmar: creation of UN mechanism a step toward accountability

Myanmar: Human trafficking on China border can only be addressed by ending Burma...
Scroll to top