Blog
You are here: Home / Blog / ND-Burma / Press Releases and Statements / International Day in Support of Victims of Torture

The Burma Military’s use of torture is an international crime – it must be stopped!

On this International Day in Support of Victims of Torture, we call for an immediate end to the brutal torture of civilians in Burma, and for perpetrators to be brought to justice.

To mark this important day, we created a video series called “Stop Torture”, showing how the Burma military is using various forms of torture against its own people following the 1 February coup. The video links are available on AJAR’s YouTube channel (click here) and on the website/Facebook pages of AAPP, ND-Burma and Women’s League of Burma.

The post-coup repression shows how the Burma military will not shy away from using its decades-old patterns of cruel treatment of civilians in a widespread manner, as a mean to terrorize and subjugate the population into obedience.

While people all over the country continue to defy the military junta through courageous acts of resistance, mostly peacefully, security forces respond with ruthless and nasty force. At least 880 people, including children and youth, have been killed by security forces since the coup. Almost 6,300 have been arrested, with 5,104 currently in detention as of June 24th, according to the Assistance Association for Political Prisoners (AAPP). The crackdown targets any perceived opponent to the coup, including politicians, peaceful protesters, journalists, celebrities, striking workers, and even children and bystanders. Many of those arrested are subject to various forms of torture and ill treatment.

There are reports of widespread and systematic mistreatment in detention, including beatings, sleep deprivation, and being denied the use of a bathroom. During interrogation, detainees are being blindfolded with their hands tied behind them and forced to kneel on a concrete floor or to lie on their belly, and then beaten repeatedly with the goal to extract information or forced confessions. Some report being beaten with dangerous objects such as cables, the butts of guns, and glass bottles. Particularly concerning is the differential treatment of women during interrogation and detention, in the form of sexual and gender-based violence, sexism and misogyny. There are reports of sexual abuses behind bars, including beatings on genitals and sexual threats.

Some detainees do not survive. Civilians arrested after being shot by security forces are often denied medical treatment and subsequently die from their injuries. There are reports of people tortured to deaths in custody, their bodies returned to their families with a fabricated story as to the cause of death, but with obvious signs of torture and mutilation. Some bear the marks of organs removal. Others are returned to their families alive, only to die a few hours later from their injuries.  The AAPP has accounted for at least 24 of such deaths following torture.

These vicious tactics employed by the Burma military are meant to install fear among the public and create an environment of terror, in order to suppress popular resistance to the coup and maintain their control over the country. The use of torture, however, is not new to the recent political developments. As long documented by civil society groups, torture has always been commonplace during interrogation and imprisonment in Burma. This included also mistreatment of LGBTIQ people in police detention. In ethnic areas, torture and other forms of ill-treatment were used against civilians to obtain information or confessions regarding the activities of ethnic armed organizations, or as punishment for perceived sympathy for the Tatmadaw’s opponents.

In its reports to the United Nations, the Independent International Fact-Finding Mission on Myanmar (“FFM”) concluded that “the manner in which torture and ill-treatment, including sexual violence, occurred often indicated the dehumanisation of ethnic minorities in Kachin and Shan States, with Tatmadaw soldiers verbally denigrating their religions and ethnicities”. Indeed, the FFM found that the targeting of civilians, including through torture and ill-treatment, was a hallmark of Tatmadaw operations in at least Rakhine, Kachin and Northern Shan States.

Torture has profound, long-lasting consequences for survivors and their families. While they struggle with physical injuries, psychological trauma, social exclusion and economic hardships, access to basic support services is largely lacking in Burma, in particular in the current context. Torture survivors and their families require access to health and medical care, psycho-social support, legal assistance and livelihood opportunities. Plans need to be made to address their immediate as well as long-term needs, which should also include acknowledgement of survivors’ experience and efforts to ensure non-repetition.

The use of torture by security forces is a violation of international law, as well as Myanmar domestic laws. In some circumstances, torture can be considered a crime against humanity when it is part of a widespread and systematic attack against the civilian population. As we have repeatedly stated in the past, decades of impunity have emboldened the Burma military to continue perpetrating these heinous crimes without any accountability. This must stop. The time for justice has come. The Burma military must immediately end violence against civilians and bring perpetrators of torture to justice.

We therefore make the following recommendations:

To the international community:

To the Association of South East Asia Nations (ASEAN):

To the National Unity Government (NUG): 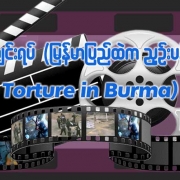 Extreme Measures: Torture and Ill Treatment in Burma since the 2010 Elections

Aung San Suu Kyi’s government must sign the UN torture convention and make it law, before the…

Six killed in clashes between Myanmar army and anti-junta militia