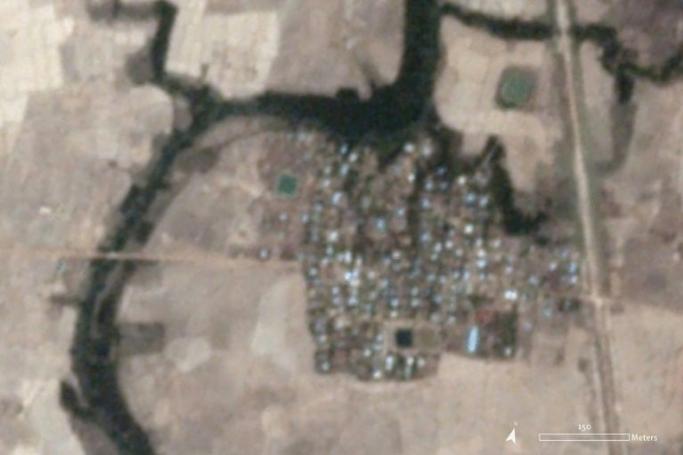 At least 200 houses and other buildings were destroyed by fire in a conflict-ridden state in Myanmar in an incident that has “all the hallmarks” of previous military arson attacks on villages, Human Rights Watch (HRW) said Tuesday.

Let Kar village in Rakhine was mostly deserted when the buildings went up in flames on May 16 after the population of mainly ethnic Rakhine Buddhists fled more than a year ago, HRW said, citing satellite images and witnesses.

Myanmar’s military has been locked in an increasingly brutal war against the Arakan Army (AA), fighting for more autonomy for ethnic Rakhine Buddhists, since January last year that has killed scores of people and forced 150,000 to flee their homes.

Both the military and the AA deny responsibility for the destruction.

“A credible and impartial investigation is urgently needed to find out what happened, punish those responsible, and provide compensation to villagers harmed.” said Phil Robertson, deputy Asia director for HRW.

Robertson added that the government should request UN assistance in the probe and not leave it to the military.

The HRW analysis of the satellite images “most likely” underestimates the scale of the destruction because internal damage to buildings is not visible, the group said.

There have been no reports of any deaths.