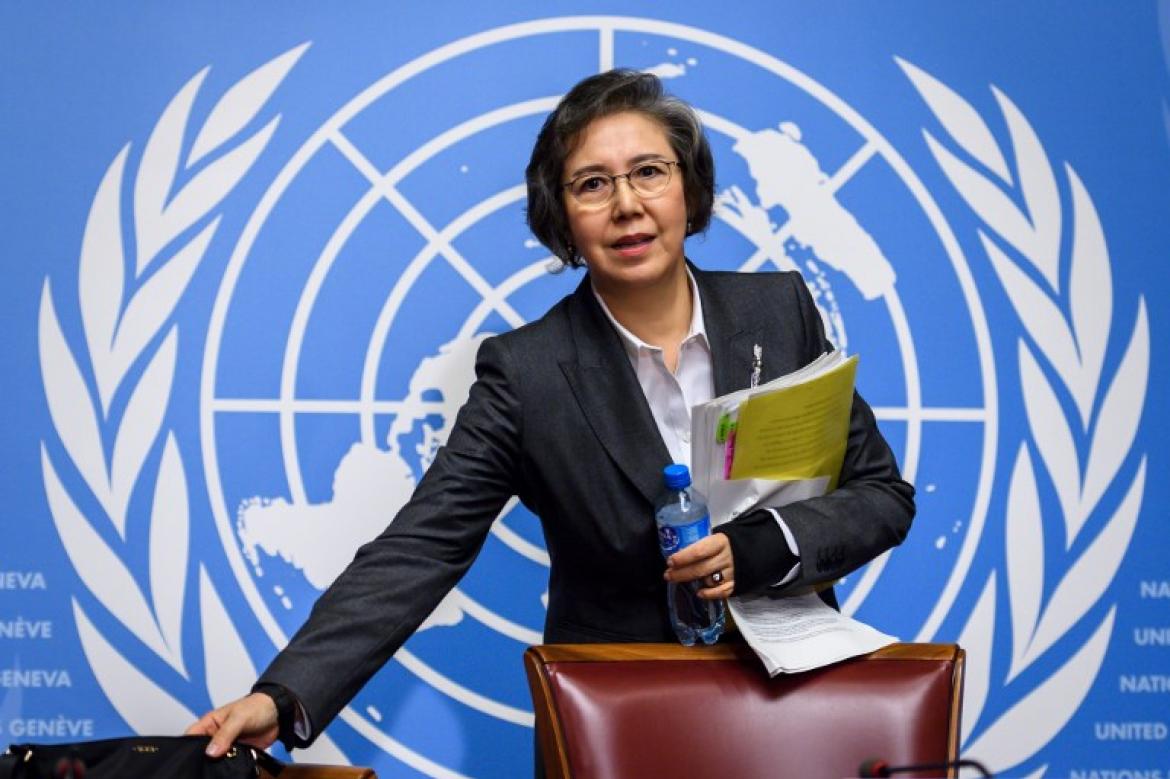 YANGON — The government must recognise and take responsibility for past human rights abuses, because a failure to do so would lead to more denial and avoidance and encourage further “systematic” violations, a senior United Nations official has warned.

The UN special rapporteur on human rights in Myanmar, Ms Yanghee Lee, issues the warning in a report due to be presented to the UN Human Rights Council on March 11.

Lee addresses the issue in a section of the wide-ranging March 5 report that focuses on accountability, which she says “necessarily involves criminal justice”.

“The people of Myanmar must not be forced to wait decades for justice as a result of the combined inability and unwillingness of their Government and the inaction of the international community to bring it about,” she says.

“It is imperative that the international community’s focus remains on justice and accountability for victims in Myanmar,” says Lee, who calls on the UN to make an evidence-gathering body established by the Human Rights Council last September operational as soon as possible.

The body, known as an Independent Mechanism, was established after a damning report on human rights abuses in Myanmar was released last September by a UN fact-finding mission that investigated violations in Kachin, Shan and Rakhine states.

The fact-finding mission called for Tatmadaw Commander-in-Chief Senior General Min Aung Hlaing and other senior officers to be investigated and prosecuted for genocide, crimes against humanity and war crimes.

Describing the Independent Mechanism as an interim measure, Lee said the situation “must be referred to the International Criminal Court for full investigation and prosecution of those responsible forthwith”.

If there was no referral to the ICC, Lee suggested establishing an international tribunal to independently and impartially adjudicate on the international crimes committed in Myanmar since 2011.

She reiterated concern over the government-appointed Independent Commission of Enquiry formed in May last year to investigate human rights violations in Rakhine, saying she doubted whether it was capable of achieving accountability.

On another issue involving the Tatmadaw, Lee expressed extreme concern that three officers had received training for UN peacekeeping duties.

On the Rohingya crisis, Lee said conditions did not exist for the safe, voluntary and sustainable return of refugees from Bangladesh under a repatriation agreement signed with Myanmar in December 2017.

She also expressed concern about proposals to establish “safe zones” for returnees in northern Rakhine, saying they could result in repatriated people being more vulnerable, further constrain their freedom of movement and segregate them from other communities.

As well as accountability, the 28-page report also addresses issues such as armed conflict and the peace process, refugees and displaced persons, land rights, transparency and military commercial interests and resource extraction and infrastructure development.

Lee, who was appointed to the UN role in 2014 but was banned from further visits to Myanmar by the National League for Democracy government in late 2017, expressed alarm in the report about the use of hate speech by senior government officials.

She condemned a comment last December by the Minister of Religious Affairs and Culture, U Aung Ko, about “Bengalis”, the term used by the government to describe the Rohingya to imply that they are illegal immigrants from Bangladesh.

“Such incendiary comments by a senior official are entirely antithetical to the Government’s stated aim of reconciliation and desire to address the problems of hate speech and incitement to violence,” said the special rapporteur, who also drew attention to “discriminatory and incendiary material” in primary school textbooks, as reported by Frontier in January.

She cited a fourth grade lesson that says, “we loathe those of mixed blood, for they prohibit the progression of a race”.

Lee said teaching children these ideas promotes racial superiority and communal disharmony and she urged their immediate removal from the curriculum.

The report was critical of the number of people in jail or detained for political activities, which Lee said was “totally unacceptable” in a democratic society.

“As of 28 February, this includes 33 people serving sentences and 311 people awaiting trial in relation to exercising their rights, of whom 86 people are detained while awaiting trial. This is worrying as it represents a significant increase from the same time last year, when 184 people were under trial,” said Lee, who called for a halt to politically motivated charges.

Lee ends her report by calling on the international community to keep the situation in Myanmar at the top of its agenda.

“It is only through the international community’s actions that justice can be brought about in Myanmar,” she says.

Prison Overcrowding and the Need for Urgent Reform