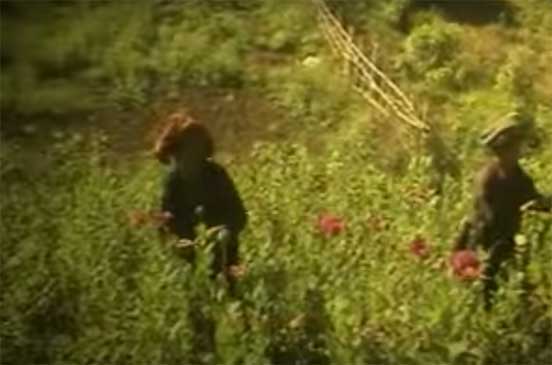 “Growing poppies is not part of our traditional way of life. We grow them purely to support ourselves.” – Karenni farmer

This video looks at the situation of Karenni farmers along the Shan/Karenni border who have been forced to turn to the illicit growing of opium for survival, and at the role that high-level corruption and collusion by officials plays in perpetuating the drug trade.

For centuries, Burma was the crossroads of trade routes between China, India, Tibet, and Southeast Asia. Known as “the rice bowl of Asia” – the largest exporter of rice in the world, Burma’s steady economic progress ended in 1962 when an army coup over threw its democratic government and set it on a new path. Within 10 years it could hardly provide enough rice for its own needs. As a result, farmers have for decades turned to the growing of poppies as a source of income to feed their families and send their children to school.

Trapped by poverty, farmers today find themselves battered on one side by the pressures of corrupt officials profiting from the drug trade, and on the other by government eradication programs which fail to adequately fund, train and provide access for farmers to alternative development opportunities.

Many farmers who have lost their poppy fields to government eradication face increased debt, and restrictions on access to food, healthcare, education, and basic necessities of life. Their overwhelming vulnerability and the rising price of opium – up 11% between 2006 and 2007 – create a significant incentive for farmers to return to poppy growing. Current figures show that opium cultivation in Burma rose in 2007 by 29%, while production was up 46% thanks to higher yields.

Focus must be placed on crime prevention, harm reduction and the right of Burma’s people to live healthy and productive lives. It is essential that the international community actively engage the State Peace and Development Council to ensure that sincere, credible and accountable efforts are made to end the drug trade and help Burma’s poppy growing farmers to achieve sustainable, healthy, alternative livelihoods.

“While criminals and their cronies are reaping profits from drug processing and trafficking, farmers are bearing the brunt of opium eradication.”
“[F]actors in [Shan and East Shan states] that are conducive to the drugs trade includ[e] corruption, high-level collusion, and weak border security. As a result, plenty of powerful people are profiting”.
Antonio Maria Costa, Executive Director United Nations Office on Drugs and Crime (UNODC) October 10, 2007

Flowers from Burma (Part I)

Shoot on Sight
Scroll to top