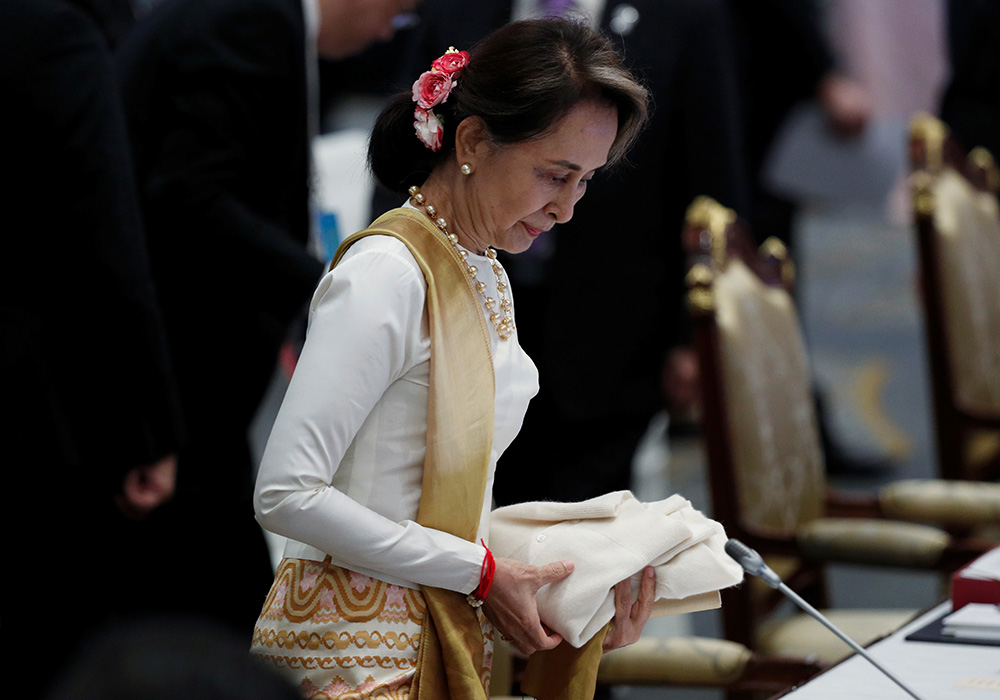 The news has sent shockwaves through the Myanmar public: Daw Aung San Suu Kyi will travel to the International Court of Justice (ICJ) in The Hague to contest an accusation of genocide, and lead the country’s legal defense team.

The decision was welcomed with excitement by a majority of social media users. Though many expressed uncertainty as to what it means and the potential perils of the ICJ, by and large there has been an unconditional outpouring of support and sympathy for Daw Aung San Suu Kyi.

At the same time, some of her supporters say it’s a bad idea: Why should she stick her neck out and risk falling flat on her face in The Hague? They say they can’t believe she is going to the ICJ to defend the military’s actions.

The ICJ case will be the first of several international legal attempts to bring Myanmar to justice over the Rohingya crisis.

No details have yet been released regarding the State Counselor’s preparations, or who will accompany her to The Hague next month. But it is expected that she will travel with a team of international legal experts, as the government recently announced it had hired a number of prominent international lawyers.

Indeed, a team of legal experts will be needed. She has no background whatsoever in this department.

The Rohingya crisis in northern Rakhine State saw Daw Aung San Suu Kyi subject to international criticism and her moral authority questioned over her silence to condemn the military crackdown that prompted the Rohingya exodus.

In 2017, the Myanmar army was involved in clearance operations against the Arakan Rohingya Salvation Army terrorists after they attacked police outposts and killed many civilians in northern Rakhine in 2017. The operation prompted an exodus of Rohingya, known locally as “Bengalis”, to Bangladesh. Most people in Myanmar regard the Rohingya as illegal immigrants from the neighboring country.

Daw Aung San Suu Kyi’s announcement also came as surprising news to the army leadership. The generals, though they haven’t said so publicly yet, welcomed her decision.

President U Win Myint plans to call a top-level security briefing, and top army leaders are expected to attend.

Army chief Senior General Min Aung Hlaing and Daw Aung San Suu Kyi have a strained relationship and it is likely that Vice Senior General Soe Win would attend the meeting. But it is not known what support the army is prepared to offer her legal team.

However, the army generals owe a debt of gratitude to the State Counselor for her decision, as they would have zero capacity to mount a defense at the ICJ. It has also raised hopes that by moving to defend the military, Daw Aung San Suu Kyi will gain some bargaining power when it comes to amending the 2008 Constitution—something the military has staunchly resisted.

Critics point out that Myanmar is divided, with the civilian government and the military at odds. As the saying goes, two lions share a cave.

Many army officers who are familiar with the internal politics inside the armed forces would like to see more coordination between the government and top army leaders as the country faces condemnation and international lawsuits.

Several mid-ranking officers familiar with the Rakhine crisis have long wanted to see their top leaders engage more with international actors and media to explain what unfolded in 2017 in Rakhine State. At the same time, they are frustrated by the one-sided accusations against Myanmar and acknowledge the huge gap between the narrative that exists in Myanmar and the one perceived by the international community. Unsurprisingly, respect toward Daw Aung San Suu Kyi, whom they describe as a “strong and principle-minded politician”, is still there inside the armed forces.

Daw Aung San Suu Kyi’s decision is a calculated one and has no doubt surprised many, including in her inner circle and among her aides.

She knows that Myanmar’s majority Buddhist Burmans are behind her. She also knows that she needs support from the military. She will also need support from the many ethnic communities (including their armed groups) and organizations that live and operate inside the country.

Daw Aung San Suu Kyi—who is now State Counselor and the de facto leader of the government—has one eye on the 2020 general election. Perhaps she sees this ICJ lawsuit—and the obligation it imposes on her to defend the country against allegations of genocide at the UN’s top court—as a blessing in disguise. But how can she prevail?

During her visit to Shan State this week, the State Counselor told residents she would like to see peace take hold in the country within her lifetime.

Before the peace, she must face the music in The Hague. This is the country’s destiny.

Letter from Jail: Members of poetry troupe in Myanmar