The human rights landscape in Myanmar has been rapidly deteriorating as the military junta expands their reign of terror, targeting the most vulnerable and innocent, including children. Across the last month, young children and infants have been killed and seriously wounded in the crossfire of the violence waged by the Myanmar Army. The regime continues to perpetrate widespread and systematic assaults with full fledged impunity.

Heavy firing launched by the military junta in Loikaw Township, Karenni State led to an eight-year old boy seriously injured by shrapnel that struck his thigh. His parents were also hit by the shelling. Witnesses said incidents like this are ‘happening all over the country.’ Another child was killed in Loikaw township following junta shelling civilian areas, as reported by the Karenni Human Rights Group.

Civilians are being directly targeted as was the case in the aerial strike that took place in Kachin State which killed at least 80 innocent civilians. Among those dead were young people, musicians, families, including children, who were celebrating the founding of the Kachin Independence Organisation on 23 October 2022. Those who survived, many of whom are in critical condition, are being denied medical assistance as soldiers block routes needed to transport civilians to hospitals and nearby facilities. This airstrike was the worst one committed by the Burma Army since they unlawfully attempted their coup on1 February 2021.

Nearly 200 children have had their lives cruelly taken from them since the assault on democracy nearly two years ago. Hundreds of thousands of children compromise the rising number of internally displaced people (IDPs) across the country as the humanitarian crisis worsens and is plagued by a lack of accessible pathways for food and medicine. At the end of September 2022, horror bombarded a local community in Let Yat Kone Village, Sagaing Region following a series of air and ground attacks which claimed the lives of eleven school children. Following the horrific attack, over a dozen of the children were missing. Tom Andrews, UN Special Rapporteur on the situation of human rights in Myanmar, has warned that the attacks on children by the junta risk a ‘lost generation’.

The military junta has given no indication of any halt in their attacks. The ongoing assaults against children are in stark violation of international norms, law and treaties which Myanmar is bound by. And yet, these assaults are taking place without enough action from the international community who must go beyond their words of condemnation. The UN Child Rights Committee has urged ‘swift action’ but also failed to follow up and put pressure on stakeholders with the power to hold the junta to account.

Worryingly, children’s rights based groups including Save the Children and United Nations Children’s Fund (UNICEF) have shared disapproving sentiments of the military’s action but once again, have not taken the steps necessary to protect the lives of endangered children in Myanmar.

The dangers that people in Myanmar face must be taken seriously, particularly children who are routinely targeted in conflict by the military junta. 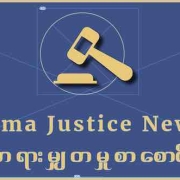 Thematic Analysis: Women in Myanmar targeted by the military regime 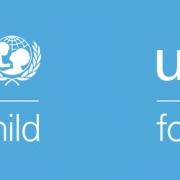 UNICEF Myanmar Statement on the killing and injury of children in Myebon, Rakhine State