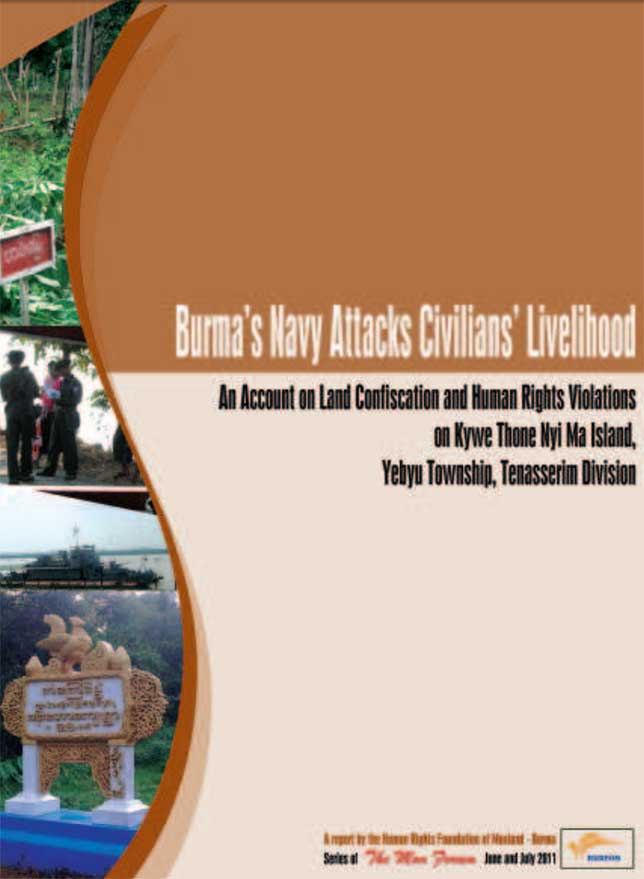 Fact finding conducted in this report took place after significant political developments in Burma. On the 31st of January, the newly-instated parliament convened for the first time in the country since the Burmese regime officially dissolved the State Peace and Development Council (SPDC). The transfer of State power from the old government to the new was finalized on the 30th of March. Despite these structural changes and the appearance of civilian government, human rights abuses committed by the military regime continue unabated in the Mon ethnic territories of Southern Burma. [Download PDF version here] [High Resolution PDF version 10.8mb]