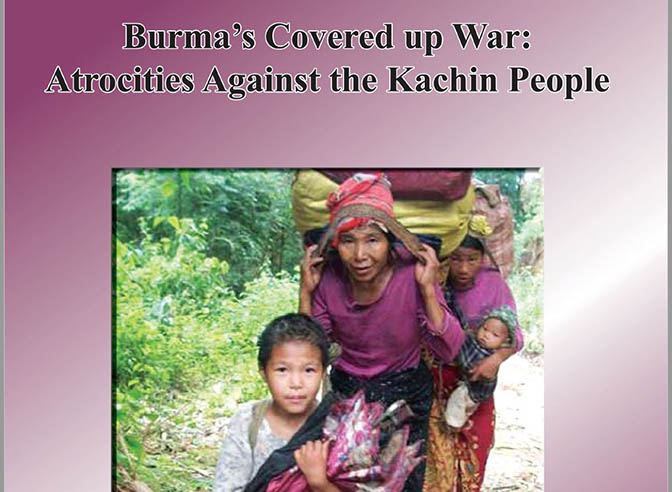 At the same time as Thein Sein’s government is engaging in public relations maneuvers designed to make it appear that reform is taking place, its army is perpetrating atrocities against the Kachin people on a widespread and systematic basis.

Seven months after the November 2010 elections and four months after the convening of parliament which, in the words of the ruling generals, “completed the country’s transition to a multiparty democracy,” the regime launched a new war in Kachin State and Northern Shan State. After a seventeen year ceasefire, the renewed conflict has brought rampant human rights abuses by the Burma Army including, rape, torture, the use of human minesweepers and the forced displacement of entire villages.

Human rights abuses in Burma are prevalent because of the culture of impunity put in place at the highest levels of government. The Burmese regime continuously fails to investigate human rights abuses committed by its military and instead categorically denies the possibility that abuses are taking place. Attempts to seek justice for the crimes committed against the Kachin people have resulted in responses ranging from “we do not take responsibility for any landmine injuries” to “the higher authorities will not listen to your complaint”.

These human rights violations have led villagers to flee approaching troops, creating tens of thousands of internally displaced persons. The Burmese regime has refused to allow aid groups working inside the country to provide relief to the majority of these displaced people and international groups have failed to provide sufficient cross-border aid, creating a growing humanitarian crisis.

Report on the human rights situation in Burma (January – June, 2016)
Scroll to top