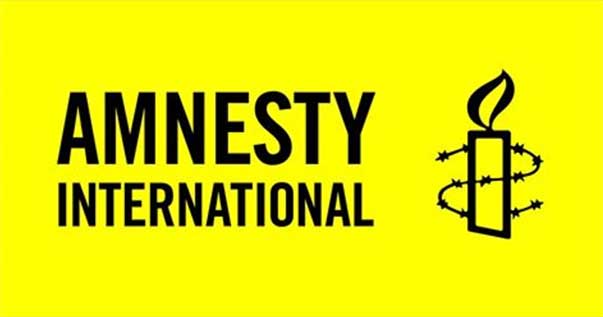 The Myanmar authorities must ensure an independent, impartial and effective investigation into the killing of four ethnic Karenni men by Myanmar soldiers in December 2017, Amnesty International said today. The current military investigation into the deaths cannot be considered to be credible and is unlikely to deliver truth and justice. Failure to hold those responsible to account before independent civilian courts would further entrench a climate of impunity in the county.

The four men were killed on the morning of 20 December 2017 at a check post in Loikaw, Kayah State operated by the Karennni National Progressive Party (KNPP), an ethnic armed organization in Myanmar. The previous evening, a convoy of army tucks, allegedly carrying illegally logged timber, passed through the check post and were inspected by KNPP members who were manning the post. The KNPP and Myanmar army operate under a ceasefire agreement, signed in March 2012. According to one of the KNPP members, the next morning, Myanmar soldiers surrounded the post and detained him and three other KNPP members, along with another man who had spent the night sleeping at the check post. The men were told to put on KNPP uniforms and line up to have their photos taken, however a Myanmar army solider then opened fire, killing four – three of the KNPP men and the civilian. The fourth KNPP member managed to escape and is currently in hiding. The military disputes this version of events, claiming that the men were killed after they tried to fight back against soldiers during the raid, however it has announced that it is investigating the incident.

Soon after the killings, senior KNPP leaders requested that the military handover the men’s bodies for burial. The military explained in response that the bodies had been cremated, however returned their ashes in four jars along with photographs of the dead men. According to credible sources, the military’s Regional Operations Commander offered the families of the deceased men 100,000 kyats (USD 60) each, which they refused. They later each accepted 500,000 kyat (USD 300) from the Kayah State regional government.

International human rights law and standards are clear that persons who carry out investigations into human rights violations should be chosen for their demonstrable impartiality and should be independent of the individuals, institutions and agencies implicated in the events being investigated. An investigation by the Myanmar military into these killings is therefore inadequate and cannot be considered to be credible.

Amnesty International calls on the Myanmar authorities to promptly initiate an independent, impartial and effective investigation into the killings. The men’s families should be kept informed of the status of the investigation, and the results should be made public. If sufficient, admissible evidence is obtained, all those suspected of being responsible, including any persons with command responsibility, must be brought to justice before an independent, civilian court, in proceedings which meet international standards of fairness and which do not impose the death penalty. In the meantime, anyone suspected of involvement in the killings should be immediately suspended from frontline duties.

Amnesty International is also concerned for the safety and wellbeing of the eyewitness to the killings, who is currently in hiding. According to information from credible sources, military officials have requested that he present himself for questioning, however he is fearful of doing so since his testimony would implicate military officials in wrongdoing. Amnesty International calls on the Myanmar authorities to ensure his safety and the safety of any other witnesses.
The case takes place in a wider context of allegations of human rights violations – including extrajudicial executions and other unlawful killings – by the Myanmar military, in particular in ethnic minority areas. Investigations into such allegations are rare and suspected perpetrators are seldom held to account, contributing to a culture of impunity in the country. The case underscores, yet again, the need for the Myanmar authorities to allow the UN-mandated Fact- Finding Mission to access the country, investigate allegations of human rights violations and abuses, and make recommendations aimed at ensuring accountability.
Amnesty International is also concerned that authorities have used a repressive law against individuals and activists speaking out about the killings. On 22 December, more than a dozen peaceful protesters gathered in Loikaw town to protest against the killing and demand justice. Five organizers from the Union of Karenni State Youth (UKSY) and the Karenni State

Farmers Union were subsequently charged with violating the Peaceful Assembly and Peaceful Procession Act, a law which has frequently been used to stifle peaceful dissent in the past. The activists were found guilty on 12 January 2018, and ordered to pay a fine or else serve a 20 day prison sentence. The five chose to serve the prison sentence.

Amnesty International calls on the Myanmar authorities to respect the rights to freedom of expression and peaceful assembly. Authorities must not use the threat of arrest and prosecution to deter peaceful protesters from exercising their rights and demanding justice and accountability. Instead, they should take swift action to review and repeal or else amend the Peaceful Assembly and Peaceful Procession Act and all other repressive laws which are used to arbitrarily restrict these rights.

Bulldozing Rohingya villages was not ‘demolition of evidence,’ official...
Scroll to top