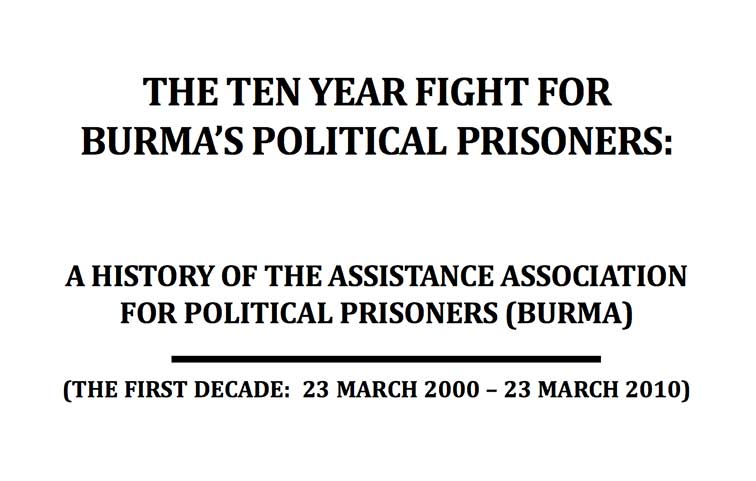 During Burma’s successive military regimes, the term political prisoner has been shrouded in controversy. In fact, the current military regime, the State Peace and Development Council (SPDC) denies their very existence, arguing that there are only criminals in Burma’s prisons. In reality, there are more than 2,000 people behind bars, without access to the guarantees of due process, for exercising their basic civil and political rights. Following the pro-democracy demonstrations of 1988 and the ensuing crackdown, at least three thousand people were killed and thousands of people were arbitrarily arrested and detained for their involvement in the protests or their perceived opposition to the regime. By 1990, there was an estimated 3,000 political prisoners. Political prisoners are not unique to the SPDC period. People were imprisoned for their political beliefs well before the 1988 uprising. However, the SPDC’s attempts to cut people off from politics, close off the country from external influences, and gain total control over the population, resulted in a dramatic increase in political prisoners. More and more people in Burma became interested in politics, their minds awakened by the 1988 pro-democracy uprising where hundreds of thousands of ordinary people took to the streets. As a result, more and more people were arrested and imprisoned for simply exercising their basic human rights and charged under oppressive and draconian laws and directives that criminalize peaceful dissent.

Report on the Human Rights Situation in Burma (July – December 2013)