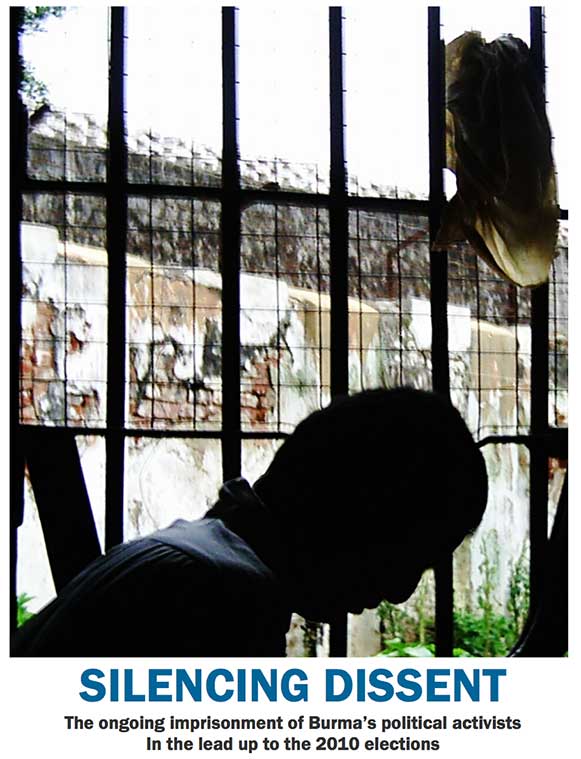 The widespread and unlawful detention of political activists has a significant impact on Burma’s political environment in two main ways. Firstly, most of the prominent activists are removed from public or political life. Almost all of the 88 Generation student movement leadership is in prison preventing them from organising against the elections or educating the people on political issues. Lead members of National League for Democracy party, including democracy icon Daw Aung San Suu Kyi, are imprisoned, as are lead ethnic politicians who promote a peaceful tripartite dialogue and national reconciliation, such Gen Hso Ten and U Khun Tun Oo. Secondly, the harsh sentences handed down and the torture and punishments inflicted on political activists threatens the wider population, sending a clear message: refrain from opposition activities or risk the consequences. The consequences are well known. Unlawful arrest and detention and torture are practiced systematically in Burma and occurred throughout 2009 and 2010. These practices pose an ongoing threat to civilians; ensuring populations live in fear, thereby preventing any politically critical activities. This fear stifles dissent, prevents a vibrant civil society and halts any criticism of the regime; key components of a genuine democratic transition.